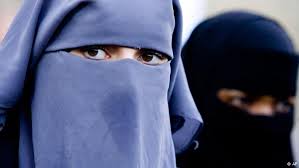 A recent decision by the Republic of the Congo government to ban the niqab in public areas has been received with surprise by the Muslim community, members of which questioned the reason for the move.
“It is in our tradition to wear the niqab (the full Islamic face veil for women). Why are we banned from doing so today?” a Muslim woman who identified herself as Demba told at her small gem stall in Poto-Poto market in the 3rd District, an area of capital Brazzaville in which there are many Muslims.
Last week, Interior Minister Zephirin Mboulou told a delegation from the Supreme Islamic Council of Congo that the ban was due to the “risks” posed by the full face veil, which, he asserted, “gives a chance to undocumented people and thugs to secretly infiltrate the ranks of the population.”
But many members of the local Muslim community are skeptical about these assertions, with some even saying the ban violates the country’s constitution, which states: “Freedom of belief and conscience are inviolable.”
An imam with the Supreme Islamic Council of Congo, who requested anonymity, told that the decision was “not welcome” and could constitute “an obstacle to freedom of opinion and religion.”
“We are not interested in troublemaking as a result of this decision, but we must recognize that Congo is a secular country, which encourages diversity of opinion and religion,” he said.
“If a similar law was made in France, we should not just follow suit and impose it here,” he said, referring to a similar decision by France – the country’s former colonial ruler – in 2011.
“Muslims have never been a threat to Congo and its institutions. To date, no terrorist act has ever been reported. Today, if we are forbidden from wearing the niqab, what decision should be taken regarding girls who wear miniskirts?” he asked.
For his part, Rock Euloge Nzobo, president of the Circle of Human Rights and Development, a local NGO, urged the government to provide more information to the public and civil society before taking such decisions.
“Congo is not threatened by any group related to the Muslim community. The government should clarify whether the law was preventive,” he said.
He added: “If not, it is freedoms that are threatened, as the constitution enshrines respect for the cultural identity of every citizen, as long as the exercise of this right would not jeopardize public order, the safety of others or national unity.”
Anna Dyemo, a Christian woman who lives in the neighborhood, likewise voiced surprise.
“If wearing the niqab does not affect morals or the freedom of others, this ban makes no sense,” she said.
But despite the resentment, no demonstrations have been organized to protest the decision.
The Supreme Islamic Council of Congo, for its part, refrained from issuing a statement on the issue after its chief, El Hadj Abdoulaye Bopaka, announced that he had relayed the decision to the country’s imams.
He did, however, ask for “a little time to inform the Muslim community on the new decision,” due to come into effect as of Wednesday.
In addition to the niqab prohibition, the Interior Ministry also issued a ban on hosting foreign nationals – including Muslims from the Central African Republic and Cameroon – in mosques or other houses of worship.