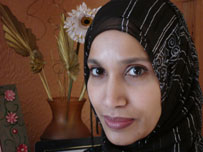 Tower Hamlets Council’s Cabinet Member for Housing and Regeneration, Councillor Rabina Khan, has been shortlisted for a prestigious ‘Hero of the Year’ award in the 2014 European Diversity Awards.
Councillor Khan was shortlisted for the high profile award for her engagement in the local community and wider society, both as a Councillor and through her career. Her support in developing government regeneration initiatives, such as Bethnal Green City Challenge, and her management of education and empowerment projects for women and young girls from ethnic minority communities were particularly praised.
The 2014 European Diversity Awards, sponsored by Google and Barclays, celebrate the individuals, organisations and businesses that excel in promoting equality and diversity across Europe. A total of 14 awards will be up for grabs on the night.
The winners of the awards will selected at a ceremony, hosted by BBC newsreader Jane Hill, at London’s Natural History Museum on Thursday 2, October 2014.
Members of the judging panel will include Baroness Doreen Lawrence, TV presenter Fiona Phillips and Google’s Head of Diversity and Inclusion, Mark Palmer-Edgecumbe.
Councillor Rabina Khan said: “I am delighted to have been shortlisted for this prestigious award.
“Tower Hamlets has a strong, cohesive and thriving community, which has flourished despite some areas of serious deprivation.
“I will continue to work with all of our diverse communities and do all I can to ensure that our residents have access to the resources they need to prosper.”
Awards organiser and founder Linda Riley said: “These awards are about rewarding and shining a light on those who are an inspiration to others. One way or another all of those on our shortlist do just that. All would be very worthy winners.”
BBC newsreader Jane Hill said: “The European Diversity Awards recognise the efforts of people and organisations who are building a society across Europe which embraces all citizens. I’m proud to be taking part and highlighting some of the excellent work that is being done to make a lasting difference.”