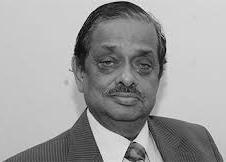 Noted journalist and editor of the daily Samakal Golam Sarwar has passed away tonight (Inna lillahi wa inna ilaihi raji’un). He was 75.
He breathed his last around 9:25pm (Bangladesh Time) while undergoing treatment at a hospital in Singapore.
Golam Sarwar was suffering from cardiac diseases and lung complications. On July 29, he was admitted to Labaid hospital in Dhaka following a heart attack. Latter, onAugust 3, he was taken to Singapore General Hospital for better treatment.
He left his wife, two sons, one daughter and a host of relatives and well-wishers to mourn his death.
Meanwhile, President Abdul Hamid and Prime Minister Sheikh Hasina expressed deep shock at his death.