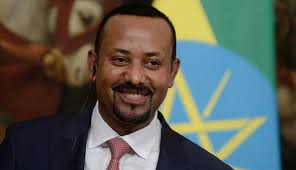 Hailed as a visionary and reformer, Ethiopian Prime Minister Abiy Ahmed won the Nobel Peace Prize on Friday for his efforts to resolve the long-running conflict with neighboring foe Eritrea.

Abiy was honored “for his efforts to achieve peace and international cooperation, and in particular for his decisive initiative to resolve the border conflict with neighboring Eritrea,” the Nobel Committee said.

Since coming to power in April 2018, after years of civil unrest in the nation, 43-year-old Abiy Ahmed has started mending relations with Eritrea following decades of conflict between the countries.

On July 9, 2018, following a historic meeting in Eritrea’s capital Asmara, Abiy and Eritrean President Isaias Afwerki formally ended a 20-year-old stalemate between the countries in the wake of the 1998-2000 border conflict.

A peace deal was signed later that year, and embassies have been reopened and flight routes between the countries resumed. The continent’s youngest leader has instilled a certain optimism in a region of Africa marred by violence.

“There is a wind of hope blowing in the Horn of Africa,” UN Secretary-General Antonio Guterres said in September 2018.