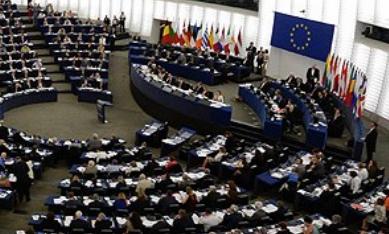 European Union leaders will lay the ground Friday for the next phase of Brexit talks after British Prime Minister Theresa May urged them to seize a “new dynamic” in the negotiations.
May stayed overnight to join delayed talks on the EU’s trade dispute with the United States, but will leave her counterparts later Friday when the summit turns to the topic of Brexit.
Over dinner on Thursday, she urged her colleagues to use the momentum from the transition agreement to tackle the tough questions of trade and the Irish border with “energy and ambition”.
“We have the chance, now, to create a new dynamic in the talks to work together to explore workable solutions — in Northern Ireland, in our future security cooperation and in order to ensure the future prosperity of all our people,” May said, according to her office.
She said the deal struck this week on a post-Brexit transition took “compromise on both sides” but had delivered certainty for businesses and citizens across Britain and the European Union.
May will also be hoping to capitalise on a diplomatic victory on Thursday after securing unanimous EU backing for Britain’s assessment that Russia was “highly likely” responsible for the poisoning of an ex-spy in the English city of Salisbury.