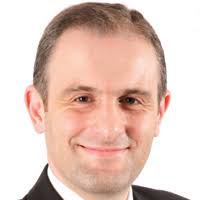 Andrew Hammond: Theresa May will on Friday give only her third set-piece speech on Brexit since becoming UK Prime Minister. In what may be her “last best chance” to set out a comprehensive vision and kick-start the second phase of talks, she badly needs to articulate a clear, coherent and comprehensive Brexit strategy.
The reason this is important is that, to date, May’s attempts at taking big steps forward with EU partners continue to be hamstrung by the lack of any UK government strategy. If strategy is a balanced combination of ends, ways and means, then Britain under her leadership has from the start been unclear about what it wants from Brexit. Ministers have been unsure of whether they have or can put in place the ways and means to get there. And, to compound the problem, they have struggled to understand how the EU is thinking and behaving.
It has left Britain badly divided and heading toward what could still be a potentially hard, disorderly Brexit that would see no trade deal agreed between the parties. This could see an unprecedented breakdown in relations with its close neighbors, trading partners and allies.
Yet May now has a limited window of opportunity to turn things around with relatively new French President Emmanuel Macron and Angela Merkel, who is hoping to form a new German government in the coming weeks. With the stakes so high, there are at least four fundamental issues that the UK premier needs to tackle in her speech.
Firstly, she needs to show more honesty about what Britain can and cannot achieve in the two-year time-frame of the Article 50 process. Hoping that Brexit could be completely settled between March 2017 and 2019 was always unrealistic, hence why a subsequent transition period is so important.
Secondly, May needs to dismiss any lingering hopes held by some Brexiteers of bringing about a reordering of European geopolitics. The prospect of the UK’s exit spreading to other EU countries drove the rest of the continent into defensive mode.
To many key allies like Germany and France, for instance, Brexit is an act of vandalism to Europe. The fear of EU disintegration might have receded for now, in part because Britain has shown no clear strategy for its EU exit, but it has also eased because the mood around Europe has become more optimistic with the failure of far-right populists to win power in France and the Netherlands, plus the stronger performances of the European economies.
Third, May needs to better recognize that the EU is changing and that Britain’s place in Europe will be shaped by this dynamic, not just its own plans for Brexit. The UK’s exit is only one of several challenges and opportunities confronting Brussels, including ongoing pressures facing the eurozone and Schengen Area, Russian relations, and the future of NATO and ties with the United States.
These are first order issues, and the EU needs to recognize it has some glaring weaknesses to remedy. Strategies for saving the euro single currency, for instance, have been nothing more than glorified exercises in muddling through. How the EU responds to these issues in the coming years will help determine its political economy, place in the world, and help frame its future relationship with the UK. A longer Brexit transition period would allow Britain and the EU time to better align and forge a new, successful relationship.
Finally, May should not lose sight of domestic politics beyond Brexit. The EU referendum and its aftermath have consumed UK politics, but most people’s lives are defined by other concerns. A longer transition would allow time to focus on the real drivers of positive change in UK society, such as education, infrastructure and productivity, and help deliver the most prosperous post-EU future for all UK citizens.
If May delivers on this on Friday, she will create the political capital and diplomatic space for a smoother pathway in Brexit talks, boosting the prospects of a good final deal. Brussels and the EU 27 will also be obliged to engage more constructively in Brexit negotiations.
To seize the opportunity, May must show statesmanship, putting country above party. This will not be easy given her post-election political weakness. Calling last June’s election, in which she lost her majority, was one of the most disastrous UK electoral decisions ever. The subsequent public infighting in the government shows that it has still not reconciled many key negotiating “trade-offs” by apparently wanting close, favorable post-Brexit ties without the costs. This also underlines how ministers have failed to educate the public about the challenges and potential opportunities on the Brexit horizon.
The United Kingdom remains a nation of immense power and potential, but that can only be fulfilled if governed by leaders with a clear strategy for what it is they want to achieve and an ability to direct toward it.
So this speech could be May’s chance to get Brexit talks moving at the faster pace that is needed. The challenges are real but, if she can surmount them, the prize could be a clearer course for positive future relations with European allies. Will she seize the opportunity or let it slip?
-Andrew Hammond is an Associate at LSE IDEAS at the London School of Economics