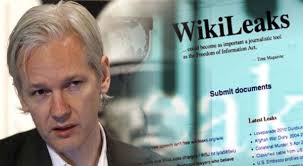 France on Friday rejected a request for asylum by Wikileaks founder Julian Assange.
Assange has been living for the past three years in Ecuador’s London embassy, where he took refuge to avoid extradition to Sweden over alleged sex crimes.
“France has received the letter from Mr. Assange. An in-depth review shows that in view of the legal and material elements of Mr Assange’s situation, France cannot grant his request,” a statement by President Francois Hollande’s office said.
“The situation of Mr. Assange does not present any immediate danger. He is also the target of a European arrest mandate,” it noted.
Le Monde daily earlier published an open letter by Assange to Hollande saying his life was in danger.