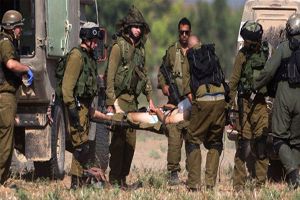 Israel’s acknowledgement of the presence of 500 disabled soldiers in its army is evidence of the great losses it suffering during its recent attack on the Gaza Strip, Hamas said.
Hamas spokesperson Sami Abu Zuhri said yesterday that the figure proves that the losses that the resistance inflicted on the Israeli army are far greater than was officially announced.
Israeli newspaper Maariv revealed that 1,620 Israeli soldiers were injured during the war. The paper said this figure represented the soldiers’ accounts proving the resolve of the resistance fighters.
It said that the Israeli army has acknowledged that 500 soldiers are now disabled due to injuries sustained during the Israeli attack on Gaza, and that the army’s annual rehabilitation budget is 3.3 billion shekels ($0.84 billion).