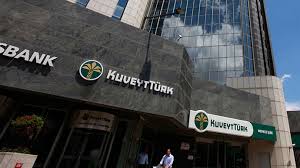 Germany has opened its first Islamic bank representing a full range of banking services in accordance with the laws of Sharia. The Frankfurt-based bank, called KT Bank AG, is owned by Kuveyt Turk, the largest Islamic banking institution in Turkey.
KT Bank has also opened its affiliates in Mannheim and Berlin and plans to reach Cologne, Hamburg and Munich in the near future.
The Sharia law Islamic banks prohibit bank from charging interest on loans, as well as to take part in investments, especially those considered haram, like gambling, weapons, prostitution and alcohol.
Islamic banks do not provide customers with a mortgage; instead they buy a house and resell it at a higher price that already includes interest. Given the fact that the bank pays the tax twice – with the purchase and sale of the house – deals become much more expensive compared to those from conventional banks.
Among 4.5 million Muslims residing in Germany, 21 percent are ready to use the services of an Islamic bank, said the head of Kuveyt Turk Bank Kemal Ozan referring to a poll carried out by his company. However, Kuveyt Turk noted that it focuses not only on the Muslims living in Germany, but expects to approach the entire German market.
In 2010, Kuveyt Turk opened a small office in Mannheim, Baden-Wuerttemberg. In 2012 it appealed to the German authorities for a full banking license.
Istanbul-based Kuveyt Turk is one of the largest banks in Turkey and is part of Kuwait Finance House, which is mostly owned by Kuwaiti investors.
Islamic banks have already proved quite successful in the markets of England and France. UK houses five Islamic banks and the Islamic Bank of Britain reported a 55 percent increase in deposits of non-Muslims over 2014. The bank associates these figures with the Barclays’ rate rigging scandal.
The UK has also become the first non-Muslim country to issue sukuk – an Islamic bond equivalent similar to a participation certificate. This type of bond is also utilized in Hong Kong, Luxembourg and South Africa. -RT