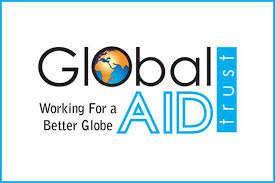 Tonight’s “Charities Behaving Badly” programme, highlighted Global Aid Trust (GAT) staff and volunteers making alleged extremists comments.  In response to this Global Aid Trust have commissioned an independent investigation into the issues raised by the programme.
One of those who was targeted by undercover journalist was Rizwan Hussein who had already planned a phased exit from the charity, and stepped down as CEO back in December. He has also now stepped down as a trustee to allow the independent investigation to look into events and processes.  He does not wish GAT to be tainted with his personal comments, which he now regrets, but strongly refutes any allegation that he is anti Semitic.
GAT wishes to make it clear that does not promote any extremist activities or terrorism.  It has policies and procedures in place for preventing extremism, and in December last year after an independent review, these were strengthened.  These polices were also reviewed by the Charity Commission late last year and to date they have not raised any concerns with us about extremism or our policies.    We do not endorse or promote any of the personal views expressed by individuals highlighted in the programme.
The incidents highlighted in the programme took place prior to these reviews last June/July (2014) and appear to involve temporary staff or volunteers who were employed for the busy period of Ramadan only.  Ramadan is a peak period for fundraising in the Muslim community and extra assistance is usually sought and tight supervision may not always be possible with a mainly volunteer run charity.   The investigation will identify and make recommendations to strengthen any lapses in procedure.   It will also look into whether journalists applying to the charity acted unlawfully or provided false information in order to gain roles within GAT.  It will also examine the role that undercover journalists and the editors have played in eliciting people into discussions in order to express opinions to tarnish the charity with the label of extremism.  We will be requesting full recordings of the interviews with GAT individuals from ITV.
Some media have reported that GAT is being investigated for fraud by the National Terrorism Financial Investigation Unit.  This is entirely without foundation.   GAT does not work directly in Syria or Gaza.  Instead any donations for those causes are made directly to UK registered charities that operate there.
We are in co-operation fully with the Charity Commission queries.