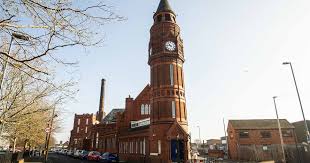 The purpose of this awards ceremony is to recognise, celebrate and promote the success of Muslim individuals, groups and businesses across Britain. The achievements of Britain’s Muslims are highlighted to display the significant role that Muslims play in contributing to a better Great Britain. Three hundred British Muslims were shortlisted as finalists after hundreds of public nominations took place across the country.

After winning ‘The Best Run Mosque’ award last September, by the blessings of God the mosque accepted its second award, ‘Mosque of the Year’, on behalf of its staff, volunteers and congregation.

The range of awards showcased the strength of the British Muslim community and their achievements over the last year. The ceremony which was organised by Oceanic Consulting, commemorated those who battle negative stereotypes by being unapologetically themselves and in the case of GLMCC, serving a community to the best of its ability.

Humayun Saleem, Head of PR, Marketing and Fundraising at GLMCC commented: “The model of GLMCC runs upon the prophetic teachings of the prophet Muhammad (peace be upon him). The Mosque strives to embody the holistic purpose of a mosque with its religious services, education classes, welfare services, youth activities, outreach work and social campaigns. In the Quran, Allah (God) says: “Help one another in acts of piety and righteousness.”

GLMCC is passionate about tackling community issues. We encourage and empower the Muslim community to remain forward thinking and creative in finding solutions to social issues. Over the last year we have pioneered several campaigns in our community dealing with knife-crime, homelessness and plastic waste.

The Mosque and community centre achieves its success by Allah’s (God’s) permission, the support of the community, our partners and our dedicated staff and volunteers.