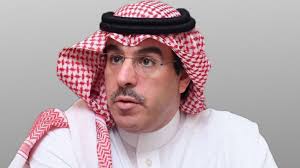 Saudi Information Minister Awwad Bin Saleh Alawwad said there is no room for politics in pilgrimage which is for worship and sanctification.
This came during a meeting between the Saudi minister and a media delegation from several Arab, African and Asian countries at his office in Jeddah to discuss the Hajj arrangements for this year (1438 AH, 2018).
Alawwad added that all state institutions work according to one system in order to serve the pilgrims of the House of Allah from when they enter the Kingdom’s lands and until their return to their homes.
“We emphasise repeatedly that Hajj is a ritual prayer only.”
He added that “the Kingdom since the time of the founder of King Abdulaziz and even today plays a great role in the service of the Two Holy Mosques and carries out giant projects in order to lead the pilgrims with security and comfort.”
On Friday, a spokeswoman for the Qatari Foreign Ministry accused Saudi Arabia of putting obstacles in the way of Hajj trips for Qatari pilgrims. This comes as a result of the year-long Saudi-led boycott of Doha which began in June 2018.