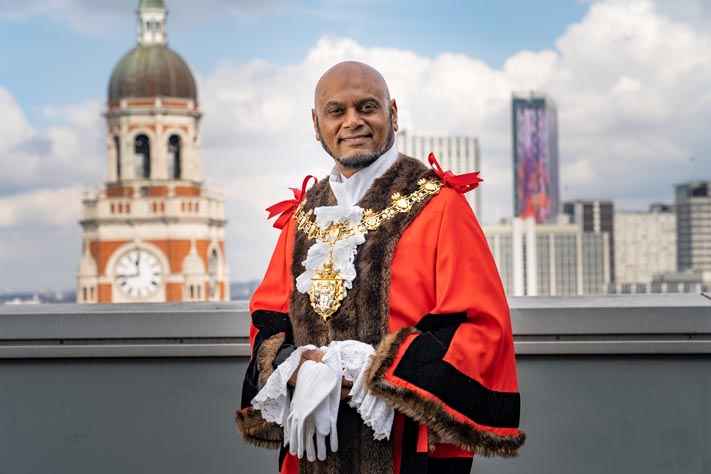 Mfa Zaman: Humayun Kabir, The Mayor of Croydon who has been living in the borough for more than 40 years, has been actively involved in local politics since 1992 and a Councillor since 2010. He came to England with his parents in 1972. As a young man in Croydon, he opened a catering business in 1977, and got involved with Croydon Bangladesh Welfare Association, who encouraged him to work for his community. After studying for Bachelor of Education degree, Mr Kabir joined at Tower Hamlets Council, as a parent advocate and family support service manager. He has made a huge involvement for the people of Croydon. The father of three Councillor Humayun Kabir has supported by his wife and consort Mrs Rahena Kabir over 37 years. Today we will hear of his journey…… 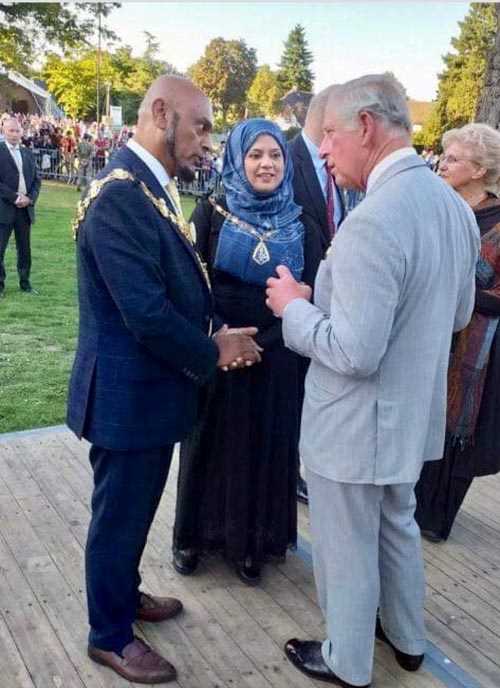 How did you get involved in politics and since when did you become a Councillor?
I am involved in British politics as a Labour party member. It is now 17 years in politics as an active person being the secretary and treasurer in the local labour party. I have been involved in various political movements and campaigns, but it is only 10 years that I have been serving as a Councillor. Before that I was involved in community and social service. I was the founder member and Ex-Chairman of Croydon Bangladeshi Welfare Association, which has been serving the local Bangladeshi community for more than 25 years. I was also the founding member of the Asian Resource Centre, helped to establish Queens Community Hall through Bensham Manor Community Association, and was part of the steering committee that helped to develop Shahjalal Mosque. Through that I had the opportunity to work for my local people where I helped our youth and senior citizens. During those periods I dealt with the local council for various issues. So, my colleagues and community encouraged me to become a Councillor for Bensham Manor Ward. The reason behind it was that over the years I was helping them in various issues, so they thought I would be good local representative. And it inspired me to become a Councillor. 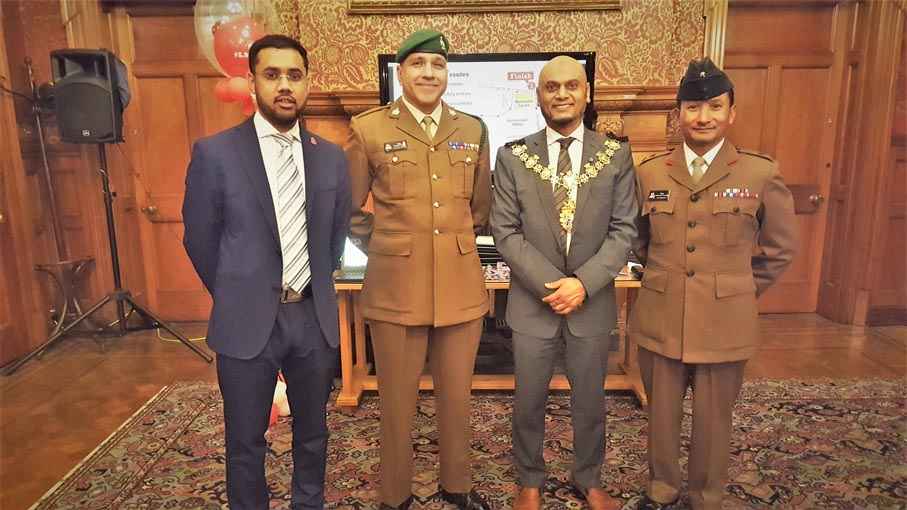 As a Councillor from an ethnic minority in Croydon, how would you describe yourself? Are you only a Bengali Councillor and Mayor?
I became the second Bengali Mayor in Croydon 20 years after the first one. We have a number of Councillors from ethnic minorities and 4 Bengali Councillors in Croydon. As a Croydon resident, I feel proud of my identity. And I believe that once I became the Mayor, and before that a Councillor, I have been representing a diverse community where people from different backgrounds, faiths and ethnicity exist together. So, I am a Mayor for everyone. 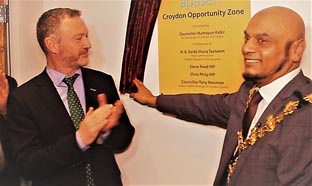 Since 2019 you became the Mayor, so what was your aim and vision as Mayor of Croydon?
I always wanted to make a difference in our community. Once I became the Mayor, I was thinking ‘what difference can I make?’
As a Councillor and a Deputy Mayor, I had realised that there are various issues such as mental health, domestic violence, knife crime and promoting local businesses that we need to focus on. Now I am working on those issues with our local community. We are running workshops to raise awareness and encourage people to involve with us. As a People’s Mayor, I am working with my team to reach our diverse community and try to make sure we can work together for a better and safer Croydon. 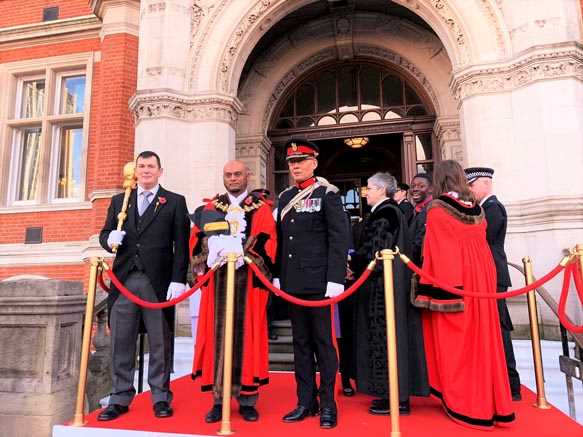 So how do you view your achievements so far after 10 months?
As a Mayor of Croydon, I have a vision and commitment to Croydon’s people. From the first day I have been working to fulfil my promise. I have a very active team who ably assists me to fulfil these commitments. In 10 months, we have done lots of work on domestic violence and mental health issues. We organised seminars and workshops where local people, victims and service providers attended.
From those activities, people learned much which will help them and raise awareness in others. We are working on tackling knife crime and promoting local businesses. During this time, I met with a number of people who benefited from these initiatives. Many people and organisations are doing great work for Croydon. To acknowledge and encourage their service, I have launched the Mayor’s Awards for Community Enterprise (MACE). I believe it will acknowledge the outstanding contribution and commitment of individuals and enterprises in Croydon.

There are some exciting projects already in Croydon which will improve the local economy for decades to come. The Westfield project has already invested £450m in the area, with possibly another £950m to come.
To support cultural heritages in the borough; we are organising the Our Croydon Concert by Mayor of Croydon. It would help to promote the local performer from all backgrounds.
Croydon has been named as the London Borough of Culture from 2023 with £1.3m funding award. This will help the local economy and culture to flourish.
Obviously to reach the full target it will take more than a year, so I will make sure these services will carry on after my term. At the same time, I am raising funds for my selected 5 charities. During festive time such as Christmas, New Year, Diwali, Chinese New Year and Eid, I organised events where people had a chance to know more about the Mayor and the council’s service. It has created a bridge between local council and the community. The highlight of my work is that I am working for local people where they have the chance to engage with Croydon Council. 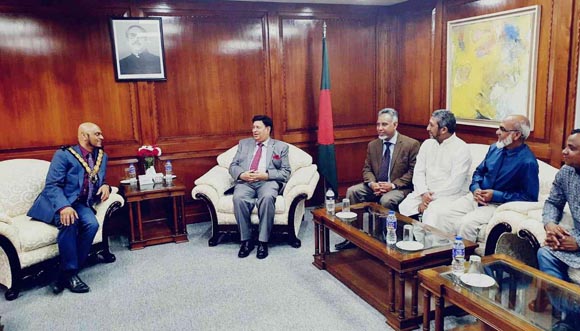 You will serve for a year, so what is your plan and target for your last few months?
Time has been flying since I became Mayor. To fulfil our target, we are working hand in hand with the local community. I want to finish my term with success and leave a legacy for others to follow. So they will carry on to serve the people with high quality. We will try to make sure that our local residents will continue to get excellent service from us. We are trying to attract big business in Croydon so it will create more opportunity for local people. To promote business, we are organising a conference in the Town Hall where people will learn more about business plans. As a Mayor, I have attended and organised a number of civic and charity events. So far, I have raised over £50,000 for Mind in Croydon, Croydon Vision, Croydon Refuge Day Centre, Apasen International and Ashdon Jazz Academy. Those charities are working with vulnerable people, refuges, blind and disabled people in Croydon. At the same time, I am supporting various social and community projects to encourage them. I am working to engage our youth in positive activities which will save them from wrong pathways. Because these young people are our future we should protect and guide them. If they choose the wrong direction, then it will spoil their future and their family will suffer. So, my message to them is let us focus on your education, sports, health etc which will enrich your future. The Council is providing various services, but still some local residents are not aware of them. So, as Mayor, my job is to build a bridge between council and local residents, and I intend to be successful in this endeavour.

As a Mayor you always encourage volunteer work and you have ambassadors, so how do you recognise their service?
Volunteering is always special. I always respect and encourage the volunteer service. I believe everyone has something special to offer others. I started my Mayor’s Ambassador Project where I have enthusiastic and dedicated people. They are working with me as a team to reach the targets. I am always mentoring and helping them to learn new skills. My ambassadors are from all backgrounds and ethnicities which really helps me to work with everyone. While they work with me, it helps them to know how the council works and it will help them to serve their community in future. I believe, they have similar qualities and aims to myself. In future they will lead in implementing the right values in the community even when I cease to be Mayor. They will work together for our community.
At the moment there are lots of things to do in Croydon. And it is impossible to achieve on my own. So, I want to achieve these aims together with them in my journey.

What is your message/advice for our young generation especially for British Bangladeshi to get involved in politics?
To involve oneself in politics, first I want to say, it is very important as a citizen to know how the council and country is running and who does what. First as a resident; they must go to vote. It is their right. Let’s implement your legal right to establish your voice. And to implement citizen rights and demands, I always advise them to be a member of a political party. It is a first step. In future it will open a door for them to serve the community and country who are honest and dedicated. As a Mayor from Bangladeshi background, I am encouraging our British Bangladeshi and Asians in general to get activity involve in local and national politics. Because in general we are not focusing and don’t have enough BAME people in politics. It is best way to serve your neighbours and community. It is much easier for you once you are a local representative. You will get the right information and access to local and national service providers which will make it easier to serve the community. Unfortunately, we have lots of negative speculation about politics which discourages them to get involved in politics. For them I want to say, how do you view the situation, is the glass half full or half empty. Because it is much easier to be negative, rather than a positive person. So, to create good things, you have to be positive first and acknowledge what is good. To get a good result, it takes time. There are a number of good politicians in our community who are truly working for people. And they could follow those legendary politician’s legacy.
So, without hesitation, I am encouraging our young generation to get involved in politics and public service as active people, not as spectators. One day they will create a good example for us. 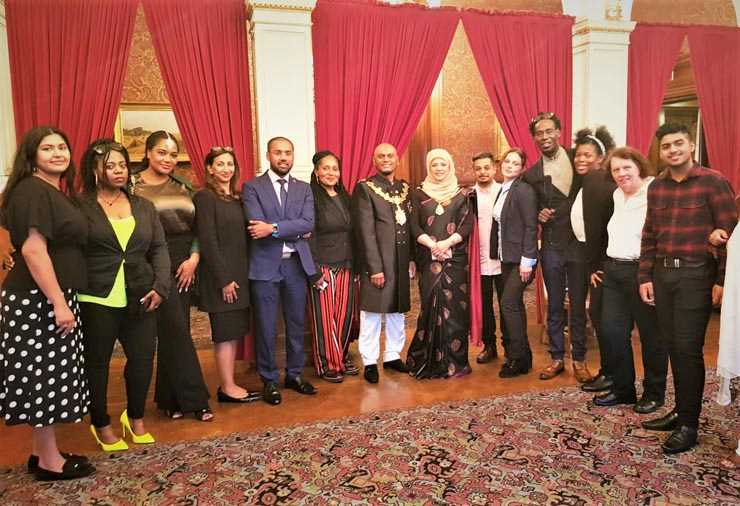 What is your message for the society in general?
I am delighted and honoured to serve as the Mayor for our wonderful and diverse community in Croydon. I started my carrier as a small businessman; then joined in council as parent advocate. It encouraged me to serve the people to develop their life. So, it is a journey where I have learned and develop myself.
First my message for our community and society, it is very important to support and encourage each other for a better and safe future for us and our next generation. We want to see more Councillors and MPs from our ethnic background. Always one thing will lead to another. So, we should become more active.
To get something; we must put 100% effort with the right ethics, honesty and dignity. Always respect all faiths, colours and races because we live in a society where we aspire to be one body.
Today as a Mayor of Croydon, I am serving the people from all background. I am people’s Mayor. So, nothing happens overnight. We need patience, dedication and serve the people with honesty as a volunteer. For the rest of my life; I will work for people as a member of the community.