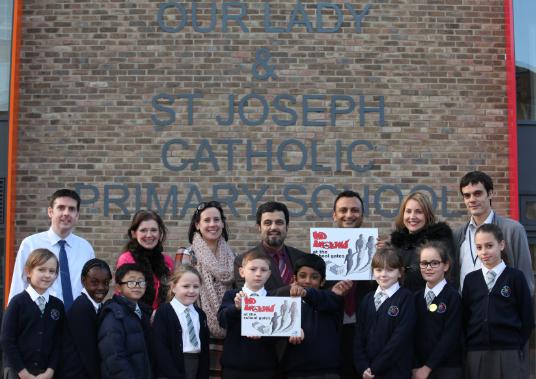 The winner of a No Smoking sign design project will now see his winning sign displayed at primary school gates across the borough.
The signs will encourage parents not to smoke near the school gates at all times. Signs will be put up at all 70 primary schools, with 30 schools already displaying them.
Mayor of Tower Hamlets Lutfur Rahman said: “This project was a great way to encourage young people’s involvement and raise awareness about the impact of smoking. All of the children who took part have contributed to making their school a healthier place.”
The design competition was open to years 5 and 6 to create a unique sign which would discourage people from smoking around school gates. As part of the project, children were taught about health problems caused by smoking, including passive smoking and the ill-health effects of tobacco. Evidence shows that children can be influenced to take up smoking when witnessing parents and adults smoking.
Cllr Abdul Asad, lead member for health and adult services said: “The sign serves as a reminder for parents to think twice about smoking in front of children.”
The winning design was by Shakil Muhammed Hussain, who was in Year 6 at Cayley Primary School at the time he designed it.