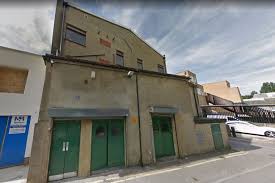 A man has been arrested after he fired a gun in a London mosque, UK daily The Metro reported. The man entered the Seven Kings Mosque in London, on Thursday, May 9, while worshippers performed Ramadan prayers and fired a gun, the report added.

He was arrested on charges of possessing a firearm with intent to cause fear of violence.
There were no reports of injuries or damages to the building, ballistic evidence suggests the detainee may have used a blank-firing handgun, police said. Police investigations said it is possible the incident started after an earlier argument in a nearby street.

A mosque attendee, Ibraheem Hussain, said he heard the gunshot almost half an hour after prayers began, adding that he was concerned for the safety of worshippers.

“(Christchurch) comes to mind, it’s crazy to think this would happen in London, especially after everything that has happened,” he told Metro.