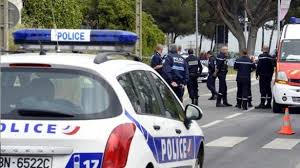 Muslim places of worship in two French towns were fired upon overnight, leaving no casualties, prosecutors said on Thursday.
Three blank grenades were thrown at a mosque shortly after midnight in the city of Le Mans, west of Paris. A bullet hole was also found in a window of the mosque.
In the Port-la-Nouvelle district near Narbonne in southern France, several shots were fired in the direction of a Muslim prayer hall shortly after evening prayers. The hall was empty, the local prosecutor said.
An explosion at a kebab shop near a mosque in the eastern French town of Villefranche-sur-Saone on Thursday morning also left no casualties. Local prosecutors have described it as a “criminal act.”
France is on edge following the deadly assault by heavily armed gunmen on satirical magazine Charlie Hebdo on Wednesday that left 12 dead. No link has yet been established between the attacks.