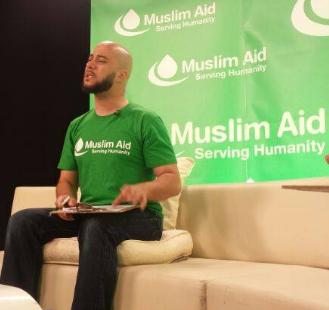 On 24th July 2014, Muslim Aid raised a record breaking £1.2 million through a telethon on Islam Channel to provide support to those affected by the recent escalating conflict in Gaza. Over 800 people have lost their lives, including women and children and thousands seriously injured.
Gaza hospitals and clinics have been in severe need of medical support, even before the start of the recent hostilities.   The conflict has placed further pressure on Gaza strip’s health infrastructure which is already stretched due to lack of medical supplies, equipment, staff and emergency services. There is a critical need for medical aid. The funds raised through this telethon will provide much needed medical aid such as intensive care unit, fuel for ambulances and blood transfusions for the injured.   Muslim Aid will also work with its partner on the ground to provide a safe space for widows and children where they will get an opportunity to learn, play and go through psychological and trauma support.
The CEO of Muslim Aid, Hamid Azad said, “We are truly humbled by our donors’ response to the plight of those suffering in Gaza.   In one night our supporters have shown their unity for humanity and we thank them for putting their faith and trust in us by donating so generously.    We will work through our registered partners on the ground to ensure quality delivery of projects.   As we come to the end of Ramadan I request you to continue to support us in our efforts to serve humanity.” – See more at: http://shomoy24.com/record-breaking-1-2-million-raised-for-gaza/#sthash.WjSMVgW3.dpuf