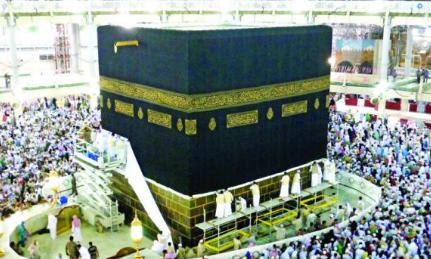 Umrah operators are now ready to receive online applications for visas, Haj Minister Bandar Hajjar has said.
Hajjar said they opened up for applications on Nov. 23. He urged companies working in the field to provide the best services for pilgrims, who are their responsibility on arrival in the Kingdom.
He said the online system had run smoothly last year, with over 6 million applications processed. Only 6,000 pilgrims had remained illegally in the Kingdom, he said.
“Facilitating the pilgrimage of this huge number of Muslims would not have been possible but for the huge expansion projects undertaken on the orders of Custodian of the Two Holy Mosques King Abdullah,” Hajjar said.
He said that new regulations would be implemented this year aimed at improving services for Umrah pilgrims. The services covered include the issuing of visas, duties of agencies operating abroad, training of service staff, and dealing with countries that do not have Umrah operators.
Hajjar said the ministry has a Web-based portal, set up in collaboration with the Foreign Ministry to serve foreign pilgrims, including helping those traveling from countries where there are no licensed Umrah companies.
He said the new regulations were drafted by the Umrah section at the Haj Ministry, in collaboration with other departments, to ensure adequate advanced preparation for the season.
He said preparations for this year started before the end of the last Umrah season, with officials taking care to rectify previous mistakes and build on successes.
Hajjar said all Umrah-related activities are taking place electronically, which has reduced processing time to a few hours. “The acceptance or rejection of a visa application online does not require more than a few hours, without compromising security or service specifications. Previously these procedures took several days or weeks,” he said.