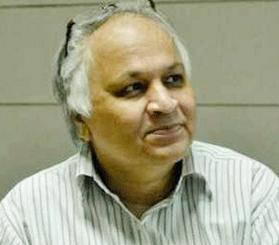 BRAC University teacher Professor Dr Piash Karim has died of cardiac arrest at Square Hospital in the capital. He was rushed to the hospital after he had fallen ill at his Dhanmondi residence early morning.
Sir [Piash Karim] breathed his last around 5:30am at the hospital, said Ziad Ansary, a senior executive of South Asian Youth Society, who was at Piash Karim’s house when Dhaka Tribune contacted him.
Family members said the body of Piash Karim will be kept at Central Shaheed Minar at 11am on Wednesday for paying homage.
The namaz-e-janaza of Piash Karim will be held at Baitul Mukarram National Mosque on that day.
The body of Piash Karim was kept at the hospital mortuary.
He was a professor of Economics and Social Sciences at BRAC University.