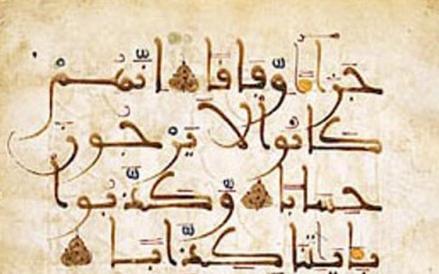 Quran prints that were written during the Prophet Muhammads lifetime, that have been hidden away in the Berlin State Library for years have been scientifically proven to belong to the era of the Prophet. Examined in a laboratory in Zurich, the seven page parchment papers Kuran script prints were written between the years 606 and 652.
According to the Maerkischer Allgemeine Zeitung newspaper report, State Library spokesperson Jeanette Lamblia, the copies were examined as part of a major long term project called the “Corpus Coranicusm” and analysed in a Zurich laboratory. The project examined all the copies of the Quran across Europe.
This particular print of the Quran was kept in the State Library for over 100 years. The prints were originally as part of an inheritance to an Egyptian scientist were thought to brought to Germany, aeither at the end othe 19the century or beginning of 20th century.