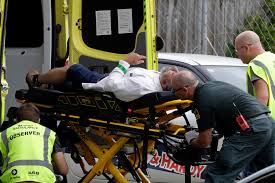 According to the Saudi Press Agency (SPA), Saudi King Salman bin Abdulaziz Al Saud issued an executive order so they could perform their holy duty of pilgrimage.

SPA noted that the decision was taken with a view to easing the pain of suffering families and empowering Saudi Arabia’s fight against terrorism.

On March 15, 2019, terrorist Brenton Tarrant attacked two mosques in the city of Christchurch during Friday prayers and killed 51 people and wounded 49 others.