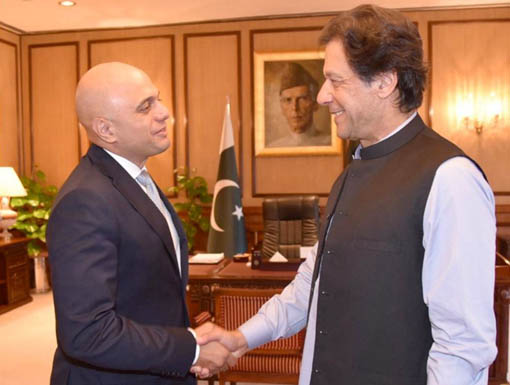 Britain’s home secretary says on a visit to Pakistan that the eradication of corruption is a priority for both countries and announced a new partnership between them that would strive for “justice and accountability.”

Javid told reporters later that “no one can escape justice or act with impunity” and urged for a “more concerted action” to combat terror groups.

He said after meeting law minister Farogh Nasim that they discussed security issues and mechanisms for bilateral prisoner transfers, as well as money laundering, trade and education.

Khan’s government has pledged corruption-free governance and has promised to return to Pakistan allegedly stolen public money that was spirited abroad.