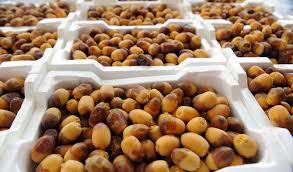 Saudi Arabia has gifted thousands of tons of dates to countries around the world in the run-up to Ramadan. Dr. Abdullah Al-Rabeeah, general supervisor of the King Salman Humanitarian Aid and Relief Center (KSRelief), announced the distribution project at a special ceremony in Riyadh.

A total of 6,500 tons of dates, well-known for their nutritional value, will be sent out to 43 different countries to support food requirements as the month of fasting approaches.

The inauguration ceremony, held at KSRelief’s headquarters in the Saudi capital, was attended by dean of the diplomatic corps in Riyadh and also Djibouti’s ambassador to the Kingdom, Dya-Eddine Bamakhrama, along with representatives of foreign, finance and environment ministries, and officials from the dates’ packaging factory in Al-Ahsa.

In his address, Bamakhrama noted the Kingdom’s long record of support for Arab, Muslim and other states throughout the world, and said: “Allow me on this occasion to thank King Salman, his crown prince and the Saudi people for their generosity that knows no limits.”

“The Kingdom is very keen to fulfill its humanitarian and pioneering role at the international level, and its commitment to humanitarian principles that focus on alleviating the suffering of all people in distress, without discrimination.”

He pointed out that since 1996, Saudi Arabia had provided $86 billion worth of aid to 80 different nations. Since its establishment in May 2015, and with the help of 141 UN, international and regional partners, KSRelief had delivered 996 projects valued at more than $3.25 billion and benefitting 44 different countries, Al-Rabeeah added.

During the past four years, Saudi Arabian relief aid to Yemen alone, had topped $11.88 billion, and Al-Rabeeah stressed the center’s commitment to its global humanitarian mission.