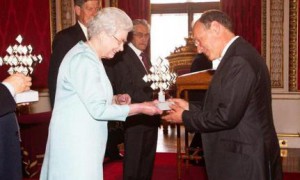 The British inventor of the World Wide Web accused Western governments of hypocrisy in spying on the Internet while lecturing repressive leaders across the world for doing exactly the same.
Tim Berners-Lee, a London-born computer scientist who invented the Web in 1989 as the Berlin Wall crumbled, said the West was involved in “insidious” online spying that could change the way normal people use their computers.
The United States and Britain are facing domestic and international furor after a security contractor leaked documents that lifted the lid on previously secret American and British programs to spy on the Internet.
“It can be easy for people in the West to say ‘oh, those nasty governments should not be allowed access to spy.’ But it’s clear that developed nations are seriously spying on the Internet,” he said.
Berners-Lee said the revelations about US and British spying could alter the way people use the Internet, especially for younger generations who can use it in intimate ways.
“Teenagers who are unsure about their sexuality who need to contact others, or people being abused trying to find help lines… There are things that happen on the net that are very intimate, which people are going to be loath to do if they feel there is somebody looking over their shoulder.”
He also questioned whether the governments could safeguard sensitive date once collected.
Berners-Lee made the comments before accepting a joint engineering prize awarded by Queen Elizabeth to five men — including Robert Kahn, Vint Cerf, Louis Pouzin and Marc Andreessen —who are considered to be the fathers of the Internet.
Cerf, Google vice president who is listed as “Chief Internet Evangelist” on the company’s website, suggested computer scientists should work on ways to get around surveillance by creating encrypted web communication, The Times reported.
Documents leaked by former US security contractor Edward Snowden revealed that the National Security Agency had access to vast amounts of internet data such as e-mails, chatrooms and video from large companies, including Facebook and Google, under a government program known as Prism.