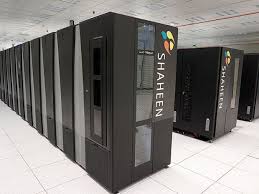 A supercomputer based in the Middle East has, for the first time, been part of the top ten list of most powerful computers in the world, reported the BBC.

The supercomputer, known as The Shaheen II, is found in King Abdullah University of Science and Technology in Saudi Arabia (Kaust) and has ranked seventh on the list.

It has been reported that the university paid $80 million to install and run the machine.

The machine, based in Thuwal, Saudi Arabia is being used for research projects modelling turbulence in engines, atmospheric dynamics and renewable energy grids.

Top 500 has announced that The Shaheen II has a number-crunching capacity of 5.536 petaflops, making it “”the highest-ranked Middle East system in the 22-year history of the list and the first to crack the Top 10.”