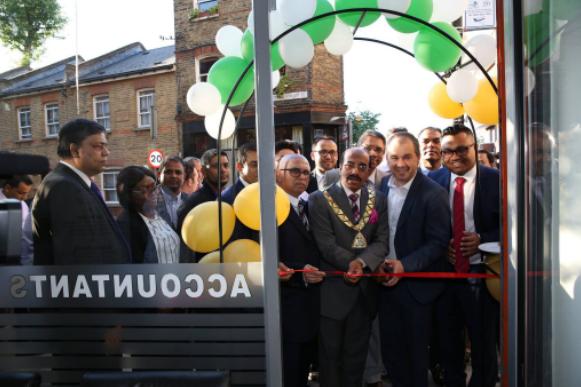 Taj Accountants recently opened a new office in Valence Road, in the East London Borough of Tower Hamlets. Paul Scully MP, the Chair of the All-Party Parliamentary Group on the Curry Industry, came to inaugurate the office. After the ribbon hanging across the threshold had been cut, a large number of community leaders and businessman attended a dinner to mark the occasion. Prominent TV presenter Farhan Masud Khan presided at the event, which took place in the Atrium Hall in East London.
The welcoming speech was delivered by Senior Vice-Chair of the British Bangladeshi Chamber of Commerce and Industry (BBCCi), Mr Mohib Chowdhury.
During his speech, Paul Sculls MP said that British Bangladeshi businessmen are now doing very well in other sectors, as well as in the curry industry. There are now many doctors, accountants, barristers and other successful professionals from this community and Taj Accountants is a prime example of this. 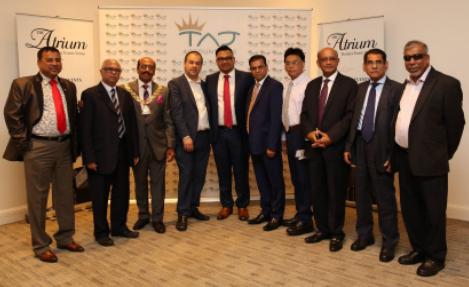 Other speakers who addressed the diners mentioned that Taj Accountants and Nurujjaman are now established names in the local community. The company is known for its integrity and client service as well as its capacity for hard work. It is very closely connected with activities in the local area and its passion to serve the community has made this accounting firm unique in its field.
Further guests emphasised that efficient finance management is the key skill necessary for running a business competently – and a skilled accounting firm can play a vital role in achieving this. They pointed out that Taj Accountants can help companies in this regard – providing another good service to the community.
The President of the Gatwick Bangladeshi and Islamic Association, the founder and ex-President of the Zuktarazya Nabiganj Education Trust UK, the Founding Director and Senior Vice President of the British Bangladeshi Caterers Association UK Mr Abul Kalam Azad Suton said in his speech how he had known Mr Nurujjaman since he was born and while he was being brought up. As an uncle, he expressed how proud he was of his achievements. He also said that if Mr Nurujjman’s mum had been present at this event, she would have been a proud mother. Finally Mr Suton wished Taj Accountants all the best and said that Mr Nurujjaman should carry on enhancing his reputation for quality services. As a community leader, he promised his support for Mr Nurujjaman and Taj Accountants all way. 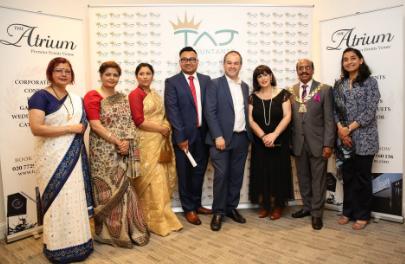 Other guests who addressed the audience included the Mayor of Brent, Councillor Parvez Ahmed; the Commercial Consul of the Bangladesh High Commission in London, Ms Sharifa Khan; the President of the British Bangldeshi Caterers Association, Mr Yafor Ali; the Chair of the Greater Sylhet Council, Mr Nurul Islam Mahbub; the Managing Director of ATN Bangla, Mr Sufi Miah; the Chair of the Wales Bangladesh Chamber, Mr Dilabor Ali Hossain; the President of the Bangladeshi Women’s Chamber, Ms Dilara Khan; the Managing Director of Air Express Travel and Tour, Mr Mazirul Haque Shumon; the Managing Director of Chef Online, Mr M A Munim Salik; the President of Bianibazar Trust, Mr Muhibur Rahman; BCA Leader Nasir Uddin and a Community Leader from France, Mr Henu Miah.
Director of Taj Accountants Abul Hyat Nurujjaman said that this organisation had representation in every field of the community. He asked for everyone’s co-operation and assured them all that clients will always receive the best service from Taj Accountants.
The former President of BBCC, S B Faruque, delivered the closing speech.
Other guests who attended the event included the Senior Vice President of BCA, Mr Mithu Chowdhury; the President of the Society of Bangladeshi Solicitors, Mr Ehsan Haque; the Chair of the Asian Catering Federation, Mr Yawor Khan; the Chair of JMG Cargo, Mr Monir Ahmed; BCA leader Mojibur Rahman Jhunue; Maidul Hossain; Community Leader and Chair of the Development Council for Bangladeshis in the UK, Mr Monir Hossain; the Secretary of the Chittagong Association, Mr Showkot Mahmud Tipu; the Secretary of the Greater Rangpur Association, Mr Shahin Alom; and the Secretary of the Italian Bangladeshi Society, Mr Rejaul Karim Mridha.