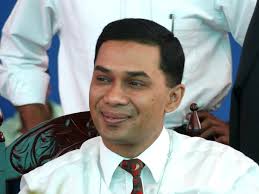 A Bangladesh court Wednesday sentenced a top opposition leader to life in prison and sentenced 19 more people to death over a 2004 grenade attack on the current prime minister.
“We thank God for the verdict,” prosecutor Mosharraf Hossain told reporters after announcing that Tarique Rahman, the self-exiled acting head of the country’s main opposition party, was jailed for life while 19 others, including two former ministers, received the death penalty.