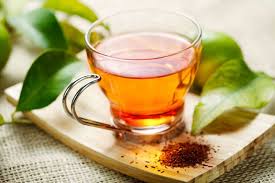 Many people reach for a cup of tea when looking to calm themselves and crave a cup of coffee when stressed and now scientists believe they have found out the reason why, British newspaper the Daily Mail has reported.
According to researchers in Portugal, caffeine can ward off some levels of stress, and a cup of black tea was also found to minimize stress levels too.
The scientists subjected mice to stressful situations and found they became anxious and lost their appetite – in turn the mice also suffered memory loss and displayed signs of helplessness.
By adding caffeine to their drinking water before increasing stress levels, saw most cases not develop into stress-related symptoms.
The University of Coimbra’s findings are important because of the link between recurring stress and clinical depression in people, the report added.
British experts say that although they do not recommend too many cups of coffee in quick succession, one or two in the morning are unlikely to do harm according to the Daily Mail.
But scientists behind the research – published in the journal Proceedings of the National Academy of Sciences – believe the findings can help create new treatments for mental illnesses.
Dr. Sridhar Vasudevan, of the University of Oxford, said: “Given the dearth of new drugs in psychiatry, these results are valuable indeed.”
The research has both supplemented and strengthened previous research proving that people who drank black tea had lower stress hormones in their bodies.
Previous research by scientists from University College, London, concluded that people who drank tea were capable of de-stressing faster than those who drank tea substitutes.
People who drank some form of black tea four times a day for six weeks were confirmed to have lower stress levels as indicated by a low level of stress hormone cortisol in their blood, even after stressful occurrences as opposed to a control group who drank a placebo.
The research divided 75 male tea drinkers into two groups and observed them for a period of six weeks.
The subjects had to give up normal tea, coffee and caffeinated beverages with one group given a fruity caffeinated tea mix made up of the basics of an average serving of black tea.
The other group was made to drink a caffeinated placebo identical in taste but lacking the active tea ingredients.
Although all the drinks were tea-colored, they were made to mask the smell, taste and other familiar elements of the brew in order to avoid factors like the comforting effect of drinking a cup of tea.
The groups were put through stressful situations during which their cortisol, blood pressure, blood platelet – or cell structure and self-measured stress levels were all monitored.
In one stress challenge, test subjects were put through a stressful situation whereby they faced the threat of unemployment, shop-lifting accusations or an incident in a nursing home. And then forced to prepare a verbal argument to be presented on camera.
The challenges had caused substantial spikes in blood pressure, heart rate and subjective stress in both test groups.
Cortisol levels had reduced by an average of 47 percent in the tea drinking group compared to 27 percent in the ‘fake’ tea group.
Professor Andrew Steptoe, of UCL’s department of epidemiology and public health, told the newspaper: “Drinking tea has traditionally been associated with stress relief and many people believe that drinking tea helps them relax after facing the stresses of everyday life.
“This is one of the first studies to assess tea in a double-blind placebo controlled design, that is, neither we nor the participants knew whether they were drinking real or fake tea.”