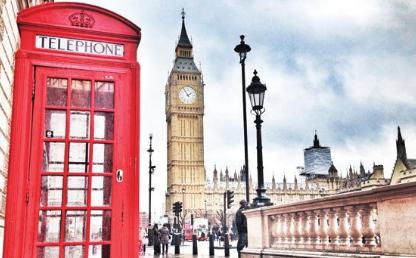 Here, we take a look at five cultural things to do the city that is loved by visitors from across the Gulf – it can only be London.

Check out the Royal Academy’s $73m extension
Yes, even more art and history to wander through — this is London, after all. The Royal Academy is a vast art institution near Piccadilly Circus, and it’s now grown by 70 percent. The highlight of this expansion is the opening of the vaults, filled with enormous Greco-Roman statues and jaw-droppingly high ceilings.

See the Exhibition Road Quarter at the V&A
Close to Harrods, this porcelain courtyard opened last summer — and it needs to be seen to be believed. Out of step with traditional Knightsbridge architecture, the piazza is a striking masterpiece, so blindingly white that it seems to sizzle on a hot day.

Get posting on the ‘Mail Rail’
London once had a secret railway line that was used exclusively by the Royal Mail to transport post between mail depots around the British capital — and it’s now open to the public. This one opened last year, but it’s so unusual that it’s getting a listing for 2018. Yes, it sounds geeky and like something your awkward uncle might rave about, but it genuinely is an extraordinary ride under this ancient metropolis.