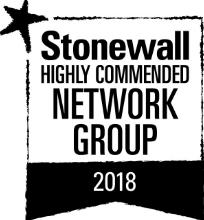 Tower Hamlets Council is the only London local authority to be ranked this year in the Stonewall Top 100 UK Employers Index and its lesbian, gay, bisexual and transgender (LGBT) staff network has been “highly commended” by Stonewall for its “outstanding work”.
The council’s staff network was praised for hosting a 2017 London Pride event on trans inclusion. 2018 marks the first year that Stonewall have ensured that gender identity work counts towards an organisation’s overall score and ranking.
No organisation is recognised in the Top 100 without demonstrating they are committed to transgender inclusion in their workplace.
John Biggs, Mayor of Tower Hamlets said: “I am pleased we are on a journey with Stonewall to further support communities, like the transgender community, whose voices have been hidden for too long.
“We are committed to supporting all our communities in Tower Hamlets, and our ongoing position in Stonewall’s Index is just one example of our achievements in making the borough a great place to live and work.”
Will Tuckley, Chief Executive of Tower Hamlets Council said: As a council we recognise that a workplace that is inclusive and accepting of all people is crucial to creating a happy and productive environment.
It’s wonderful to see Tower Hamlets Council recognised as the only London local authority ranked this year in the Stonewall Top 100 UK Employers Index.
The lesbian, gay, bisexual and transgender (LGBT) staff network allows our staff to give their views on the council’s strategic direction through interaction with the forum’s CLT senior champions – It’s great to see that our network has been “highly commended” by Stonewall for its “outstanding work”.
I’m very proud to see as an organisation, we continue to champion inclusion and push equality forward.
This year, the council has commissioned East London Out Project (ELOP) to deliver a series of LGBT focused events throughout the year and there will be several events held during February’s LGBT History Month for residents and staff.
Stonewall’s Top 100 Employers is the definitive list showcasing the best employers for LGBT staff.  Now in its fourteenth year, the list celebrates the pioneering efforts of leading organisations to create inclusive workplaces.
In 2017, Tower Hamlets Council was nationally commended on its LGBT community engagement and it now ranks 91 in the Top 100 employers.