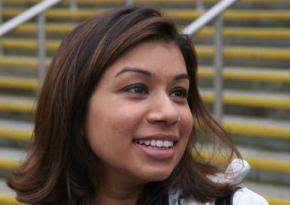 Bangladesh-origin British MP Tulip Siddiq has been included as a junior member in the Labour Party cabinet, thereby attaining the post of state minister for culture, media and sports in Labour Party Shadow Cabinet.
Newly elected Labour leader Jeremy Corbin included her in the Cabinet, confirmed Prime Minister Sheikh Hasina’s special assistant Mahbubul Haque Shakil.
Tulip will be working in the shadow DCMS team to challenge the government and spread a positive Labour message.
Tulip had supported Andy Burnham at the Labour leadership election. Andy has been made Shadow Home Secretary in the Jeremy Corbyn team.
Three people have been elected, out of whom Tulip is the only Bengali MP named so far for a ‘Shadow’ role.
Tulip Siddiq, daughter of Bangladesh PM Sheikh Hasina’s younger sister Sheikh Rehana, was elected an MP in British Parliament with Labour Party ticket in the last UK election in May.