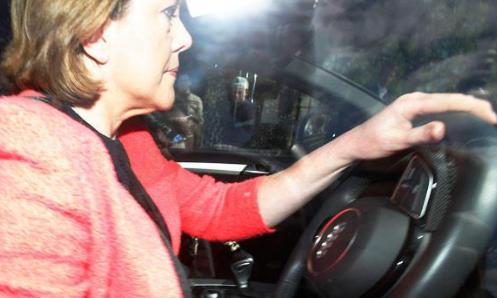 British Prime Minister David Cameron suffered a blow to his authority on Wednesday when a scandal-hit minister he had been doggedly defending resigned, exposing him to charges of weak leadership and poor judgment.
Maria Miller, Britain’s minister for culture, stepped down after a backlash against her expenses claims disrupted efforts by Cameron and his ruling Conservative party to woo voters ahead of European Parliament elections next month. Cameron’s party is expected to finish a humiliating third in the European ballot behind the surging anti-EU UK Independence party (UKIP) whose leader had accused Cameron of making a “catastrophic” error of judgment by failing to sack Miller.
Conservative lawmakers had also begun to fret that the Miller imbroglio was damaging their party’s image and its hopes of winning a national election in 2015.
UKIP, which has styled itself as an anti-establishment party, had seized upon the case of Miller, who gave a perfunctory 32-second public apology last week, as an example of how remote and venal the country’s political elite is.