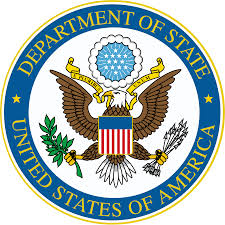 The US has urged Bangladesh to ensure “fair trial” for ex-prime minister Khaleda Zia who was sentenced to five years rigorous imprisonment for corruption.
The 72-year-old three-time former prime minister and Bangladesh’s main opposition leader was sentenced by Dhaka’s Special Court in connection with the embezzlement of 21 million taka (about $250,000) in foreign donations meant for the Zia Orphanage Trust, named after her late husband Ziaur Rahman, a military ruler-turned-politician.
“We are aware of the conviction of Bangladesh Nationalist Party (BNP) leader Khaleda Zia, and encourage Bangladesh to the guarantee of a fair trial,” a State Department spokesperson said.
The verdict simultaneously sentenced Zia’s “fugitive” elder son and Bangladesh Nationalist Party (BNP’s) senior vice president Tarique Rahman as he was tried in absentia. Rahman and four others have been sentenced to 10 years in prison.
Zia and three of her aides were accused of syphoning off about $400,000 from the Zia Charitable Trust alone. She is also accused of leading a group of five people in embezzling another $277,000 funds.
“We are concerned by reported arrests of opposition members. We encourage the government of Bangladesh to ensure fair trial guarantees for all of its individuals in Bangladesh,” the spokesperson said.
The State Department also called on the government of Bangladesh to respect the rights of all individuals to gather peacefully and to freely express their opinions.
“We continue to call upon the Government of Bangladesh to provide the right to all individuals to freely express their political views, without fear of reprisal, and to hold elections that are free, fair, peaceful, and credible, reflecting the will of the Bangladeshi people,” the spokesperson said.
“We also call on members of society to act peacefully and responsibly. We stress that all sides must eschew violence; violence hinders democratic processes,” the spokesperson added.