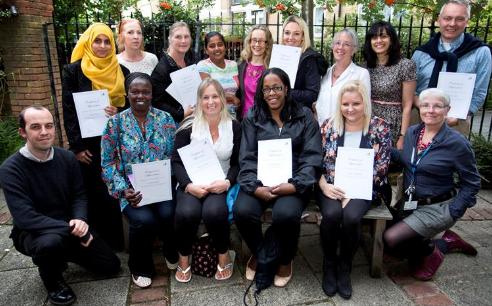 A celebration event took place last week (Thursday, 21 August) to thank residents who helped create a new map showing the borough’s most-valued community assets.
Tower Hamlets Council recruited 28 volunteers and helped train them in how to research the views and experiences of residents in each electoral ward. The map illustrates community assets and activities in the borough.
A range of organisations including community centre Island House, Shortwork, the council’s Idea Store and Walled City collaborated to deliver the project.
The experiences have been collated on a virtual map, and it is linked to the community directory, developed and hosted by the Idea Store.
It is the first time that a map of what local people value in their communities has been undertaken. Volunteers were given certificates of appreciation at Island House.
More than 30 organisations provided suggestions to the voluntary teams, who set about exploring each area by asking residents about the positive impact these assets have had on their lives.
The council funded the programme as part of its healthy environment and communities programme.
The Mayor of Tower Hamlets, Lutfur Rahman, said:
“We held this event to thank our residents who gave up their time to gather these assets for the map. This tool has already been a highly successful collaborative project, which we hope will continue, and it couldn’t have been undertaken without our volunteers.”
Cabinet Member for Health and Adult Services, Abdul Asad added:
“This project proves how the council listens to residents and we thank all those who have worked together to produce an innovative and useful project. We hope the map will be valuable to others in the borough who can learn about new activities and places they may want to visit.”
Somen Banerjee, Interim Director of Public Health, said: “This is a first step in producing a practical tool that can contribute to people’s health and wellbeing by highlighting what people identify as positive and supportive in their local community.
“It maps the elements that can go unnoticed but really make an impact on people’s lives. Our next steps will be to further develop the map and support people to make connections between mapped elements and to build on the existing strengths in the community.”
Volunteer Zinebe Maach added: “It was really a positive and inspiring experience. I learnt to communicate with different groups of people, I also learnt a lot about the local community and met like-minded people through the asset mapping project. I was amazed at the wealth of local initiatives available at my doorstep.”
The volunteers began the mapping exercise in June with two days of training, provided by Shortwork.
The project shows further effort to understand the opinions of local people following the Government’s Localism Act legislation from 2011.