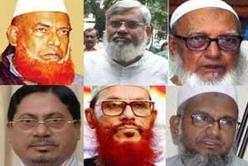 The cabinet on Monday approved the proposed amendment of Representation of the People Act (RPO) which will prevent convicted war criminals from participating in the national election.
Cabinet Secretary Mosharraf Hossain Bhuiyan relayed the decision to the reporters after the meeting at the secretariat.
The Representation of the People Act previously said a person who is convicted under national or international war crimes tribunals will be considered unsuitable for contesting in any national election. The amendment said a person who is convicted under International Crimes (Tribunals) Act for committing crimes against humanity will also not be allowed to take part in any national election.
Moreover, the draft also raised election expenses of individual candidates and political parties from Tk 15 lac to Tk 25 lac. Bhuiyan said the deposit money of contestants will be raised to Tk 20,000 from Tk 10,000. Political parties will be allowed to receive maximum donation of Tk 25 lac from a person and Tk 50 lac from an organisation, which was Tk 15 lac and Tk 25 lac respectively, in the current Act.