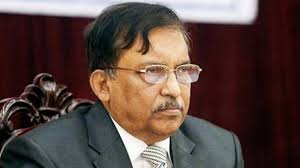 The formation of a joint working group will be an important step in managing the Rohingya refugee crisis, hopes Asaduzzaman Khan, home affairs minister of Bangladesh.
Hundreds of thousands of Rohingya, a Muslim ethnic minority group, have fled to Bangladesh to escape violence in their home territory of Rakhine state in Myanmar.
Khan met his counterpart Lt. General Kyaw Swe and the state counselor Aung San Suu Kyi in Myanmar at the end of October. He said in an exclusive interview with Arab News that the repatriation process of Rohingya refugees will be governed by a working group comprising an equal number of representatives from Bangladesh and Myanmar.
Bangladesh’s Foreign Minister A. H. Mahmud Ali is also scheduled to visit Myanmar on November 20 where he will discuss the group. Both sides have agreed to finalize the terms of reference by Nov. 30 to proceed with the proposed repatriation plan, Khan said.
The International Organization for Migration estimates that around 625,000 Rohingya Refugees have entered Bangladesh since the violence escalated in Rakhine State on August 25.
The violence targeting Rohingyas, which the UN describes as a “textbook example of ethnic cleansing,” has put the Myanmar government under pressure from the international community.
Khan urged that international community play its due role in addressing the issue. “I think that if the international community shifts eyes from the Rohingya issue, they [Myanmar] will not take any steps on repatriation of the Rohingyas. The international community needs to keep up the pressure in this regard.”
Several news reports published recently suggest that Myanmar will accept only 150 Rohingyas per day after due scrutiny; however, Khan could not verify that, saying no such proposal was formally shared with Bangladesh.
Khan said Dhaka’s stance on refugee repatriation was made clear during his meeting with Myanmar officials.
“Repatriation will have to be based on the decision by the Joint Working Group, the Annan Commission Report (which recommended scrapping restrictions on movement by the Rohingya), and the five points mentioned by our Prime Minister,” he said.
Both countries agreed on “ten points regarding the repatriation process which included the full implementation of the Annan Commission’s report and taking initiatives to stop the Rohingya exodus toward Bangladesh,” claimed Khan, while adding that Myanmar later issued a separate statement and excluded the “agreed” points.
“As they excluded full implementation of Annan Commission issue, I asked the Bangladeshi ambassador not to sign the joint statement.”
Khan expressed hope that the issue of joint statement will be resolved soon. “We are still working on it,” he said.
Bangladesh has been affected by the Rohingya refugee issue for the past four decades. Rohingyas are confined to Rakhine State and have very little scope of trade and livelihood, which makes their life very difficult. The minister said he also discussed this aspect with Suu Kyi and found her “very positive in this regard.”
“At one point Suu Kyi said she was thinking of making some villages for the Rohingyas which would include all the living facilities for rehabilitation.”
Khan added: “I told Suu Kyi that if the Rohingyas stay in Bangladesh for longer, it will be a problem for both Bangladesh and Myanmar. Suu Kyi assured me that she has started working on the implementation of Annan Commission report which recommended the repatriation of Rohingyas.”