In this chapter, titled ‘A visit to king of kings’, His Highness Sheikh Mohammed bin Rashid Al Maktoum, Vice-President and Prime Minister of the UAE and Ruler of Dubai, recalls his first foreign visit with his father to Iran when he was just 11 years old. He witnessed two very different scenes, which taught him a lesson he never forgot.

“I was 11 years old. I never did understand the illusion leaders planted in the souls of their people that they were of a higher class and chosen by blood. They drifted away from their people, until they were ousted.

“In 1971, I attended a royal ceremony the ‘king of kings’ had organised to celebrate the 2,500-year anniversary of the Persian Empire. It cost approximately $100 million, which was a big amount back then. This celebration taught me an unforgettable lesson: The difference between the way the Shah of Iran ruled his country, and the way we rule in Dubai and the UAE.

“On my way to the ceremony, I passed by many poor Iranian villages that did not even have access to electricity. Two opposing images, yet they were from the same place.

“I saw my father starting his day with a tour along with his people and how he himself followed up on projects’ implementations with engineers and workers. “I saw him receiving the public in his meetings and his council, and how he always had lunch with his guests.

Eight years after the royal celebration, the ‘king of kings’ fell, following demonstrations that turned into a revolution.

In what he is calling his “incomplete biography”, His Highness Sheikh Mohammed bin Rashid Al Maktoum, Vice-President and Prime Minister of the UAE and Ruler of Dubai, has broken his latest book, Qissati (My Story), into 50 chapters, narrating 50 stories in his 50 years of serving the nation. Khaleej Times got a signed copy of the book from the Dubai Ruler and everyday, we will be featuring excerpts from each of the 50 chapters. 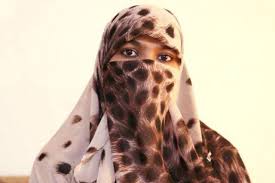