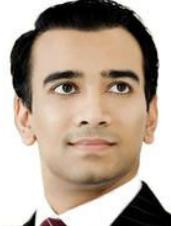 Dr. Azeem Ibrahim
Who is responsible for the greatest numbers of deaths against Muslims today? Who commits the worst atrocities against Muslims? It is not the West that claims the highest headcount nor is it Israel. The sad truth is that today Muslims kill the most Muslims around the world.
Since the beginning of the Arab Spring in late 2010, more than 100,000 have been killed. Many of these deaths were in Syria, where thousands more languish in prisons expecting similarly grim fates. And with the rise of ISIS and the threat that it poses to regional stability, many more are expected to die.
Most of the fighters are killing “infidels”. Most of the those dying are allegedly “infidels”. Almost always, that means that they are the wrong kind of Muslim to the other Muslim holding the gun. Whether they are fighters or civilians, the sin of those dying is in many cases simply being Sunni rather than Shiite, or Shiite rather than Sunni. And woe betides any smaller minorities caught in the middle.
In Pakistan, Shiite, Ahmadis and minorities are being wiped out in a systematic and calculated way. In the wastelands between ISIS and what remains of Iraq and Syria, the same is true: Sunnis and Shiites kill each other and ISIS occasionally targets other Sunnis accused of apostasy. Meanwhile, minority groups do their best to flee as far away as possible. When they do not, they often get caught in between, with little to protect them.
Missing a layer of truth
These events are portrayed as significant human tragedies in the West. And they are. But the reporting usually misses an important layer of truth. Because it is Muslims killing Muslims, often Arabs killing Arabs, it is not described as what they truly are: ethnic, social, sectarian and/or tribal cleansing.
A conflict such as that in Israel-Palestine can be given this dimension in the Western news narrative quite easily. And the cause of the Palestinians can be picked up by Western and Middle Eastern humanitarian and activist groups very easily because of it – and rightly so. But what is happening in Syria, Iraq, and in many other hot-spots around the Muslim world is no less serious. In fact, it skirts on the edges of genocide much more often.
Yet how often do we hear cries of protest and indignation when the communities of Ahmadis in Pakistan, or when most Sufi groups in Iraq are being effectively uprooted from the homelands. Most of those displaced will never return, and those communities will never recover. These may not have suffered for as long as the Palestinians at the hands of the Israeli state, but their communities have often been all but destroyed – by “fellow” Muslims.
We like to proclaim that Islam is a religion of peace. And for most of us it is. But we have to acknowledge that there are those Muslims for whom Islam is not a religion of peace. Whether extremist Salafist Jihadists, or Shiite Revolutionary Guards, there are those in our religion that speak of Islam with a gun in their hands. And as long as they have the power to do so, they will claim to speak on our behalf as well.
We need to take responsibility for these facts. And we need to recognize that while we allow young boys and men who should know better kill Muslims on behalf of Islam all around the Muslim world, we are failing to uphold the Islam of peace. When we let our religion be hijacked by the violent minority, we are failing in our religious duty.
There is only one uprising we need. We need the silent majority who does not care whether their neighbors are Sunni, or Shiite, or Sufi, or Ahmadi, or Ismaili, or Christian or Jewish, or whatever else, but who care that they are good people, we need this majority to stop being silent. We need to raise our voices against those who would steal our religion from us, destroy our homes and uproot us from our villages. And we need to teach them that Islam is the religion of peace. They are the “infidels”, and we need to at the very least fight the jihad of words to bring peace to them, and to our region.

Dr. Azeem Ibrahim is a Research Professor at the Strategic Studies Institute, US Army War College and Lecturer in International Security at the University of Chicago. He completed his PhD from the University of Cambridge and served as an International Security Fellow at the Kennedy School of Government at Harvard and a World Fellow at Yale. Over the years he has met and advised numerous world leaders on policy development and was ranked as a Top 100 Global Thinker by the European Social Think Tank in 2010 and a Young Global Leader by the World Economic Forum. He tweets @AzeemIbrahim