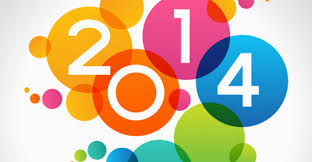 Canada left silenced as a soldier was shot dead

Disaster in Egypt but have we forgotten them

Education for Muslims was targeted by Ofsted

Gaza was crying out ‘where is the humanity?’

Homosexuality, its marriages were legalised

ISIS caused a crisis but no one has been penalised

Justice not given, Eric Garner was an innocent

Lives lost in Peshawar, the saddest of endings

Madness in Sydney as a mad man sought vengeance

No was the answer for Scotland’s independance

Peace prize was awarded and given to Malala

Quoting Obama ‘we will close down Guantanamo’

Right after the CIA’s torture revelations

Turmoil around the world, we don’t see the reality

UKIP in Britain were gaining popularity

Voices in the media were given to the bigoted

Water was wasted with the Ice Bucket initiative

X is unknown, unknown is what’s after

Years are going by, whilst time does go faster

Zooming by, this year made us ponder