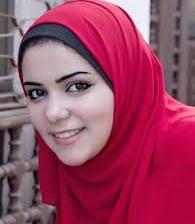 Not every day does one meet a woman you can call “worth 100 men”, a woman who has courageously refuted society’s expectations and stereotypes in order to realize her personal passions, dreams and goals. And when you do, her story is well worth sharing and admiring. Aya Mostafa is one of these women.
In a recent debate hosted by the Womanity Foundation and the El Sawy Cultural Wheel Center in Zamalek, Egypt, Aya presented her struggles and shared her success as a woman, artist and comedian. The discussion was organized around the radio fiction series “Be 100 Ragl” or Worth 100 Men” which is running on El Sawy’s Sound of Sakia Radio (www.soundofsakia.com) and which dramatizes challenging situations for women in the personal and public spheres. The crowd hailed Aya’s charisma and honesty, and her testimony sparked lively discussions among the audience on the role of women in Egypt, in the media and in film.
Aya Mostafa was born and raised in Dabanhour a small coastal village near Alexandria, in Egypt. In this environment, described by Aya as “secluded, conservative and unwelcoming towards women’s freedom and rights”, she was constantly discouraged from pursuing her passion for painting, artistic make-up and comedy. Today, Aya Mostafa, age 21,  is a celebrated movie make-up artist, comedian and painter with over 2.4 million followers on Facebook and hundreds of thousands of subscribers to her YouTube channel, which features her character and on-line show, ‘UmEsma3een’. How she went to capture such a large public in a few years all speaks to her dedication, determination and vision.
Growing up, Aya loved to draw and paint, mostly portraits; but by the time she reached High School, her father told her to put her passion aside and focus on studying. As an artist, the idea of memorizing thick textbooks for the sake of obtaining high grades wasn’t something Aya was inclined to do. So she continued to paint, while pretending to study. She spent much time perfecting portrait drawing and teaching herself new techniques by watching endless hours of YouTube videos.
The time came when she was to move to Cairo on her own to begin University, studying to become a ‘Social Worker’. She kept working on her art, always looking for materials to continue her work. She began selling portrait drawings on the street. Once, she went out on Valentine’s Day and began drawing portraits of couples and people on the street, selling them for 100 Egyptian Pounds apiece. She was proud to be putting her art to use to pay for her supplies.
Aya soon picked up a passion for graphic, scary make-up art design. Watching horror films, she was intrigued and interested in how Zombie’s, injured and crazy characters were portrayed in movies. She spent hours searching for the right materials from local shops to replicate the expensive ‘make-up’ used in films. She started using ingredients acquired in spice and perfume shops and found in her home. During countless hours of practice, she taught herself in scary make-up designs, which she applied to her own face and body. Slowly but surely, Aya’s work was becoming known and recognized, and when she set up a Facebook page she started to pick up a large fan-base.
She tried to express her passion to her family, but it was dismissed by her parents, who told that her work was not important, and that she ought not publicize it. They didn’t want to believe that her work was becoming popular, and that she could make a living with it. When she attracted the attention of CBC, an Egyptian news station, her father forbid her to leave the house and go to Cairo for an interview. She pleaded with him to no avail. Luckily, the CBC team took the trip to her small town to report on Aya, the first Egyptian female movie make-up artist. The village was buzzing with excitement: never had they featured on TV, let alone in the story of a woman and her non-traditional art!
Aya began working as a make-up artist on the sets of horror films and Egyptian movies. She sent every penny she made back to her family, to prove her father how hard she was working. She knew that in her family’s eyes, it was the amount of money she was able to earn that would determine the value of her work. But to Aya herself, it was about following her passion.
As she became increasingly popular, Aya created a fiction character named “UmEsma3een’, an old, raggedy, traditional woman from her village who is very obnoxious, spends her time telling people off and mocking them. As a village girl, many things that happened to Aya in the big bustling city of Cairo were new and odd to her, including the high incidence of sexual harassment. She decided to express her perspective on the Egyptian society in a comic way through her fictional character. Hundreds of thousands of viewership’s later, she is both loved and hated online, by those who adore or abhor the annoying rawness of her character.
Aya’s story is just one of many women who are ‘Worth 100 Men’, who represent the struggles and achievements of Arab Women. “I want to be able to tell other women like me, that they too can achieve their goals through hard work and dedication. We can break the stereotypes on how society views us,” Aya declared at the “Be 100 Ragl” debate in El-Sawy Cultural Wheel Center. “Sometimes it’s hard to speak the truth and this is why I try to use comedy as a means to do so. We can laugh at a show of a disorderly marriage or family problems, but in reality, these are true problems many face on a daily basis.”

[Be 100 Ragl (Worth 100 Men) is a radio fiction series in 30 episodes which features the story of a young radio journalist played by Mona Zaki, a famous Egyptian Actress. The story deals with issues related to women from sexual harassment, domestic violence, early marriage, women in the workplace, women in the media and more. The Womanity Foundation commissioned the radio series from Global Production, with the aim to stimulate a debate on these fundamental issues facing Arab women in an entertaining fictional way that would speak to a multitude of people, social classes and areas across the region. To date, the series has aired on radios in Egypt, Saudi Arabia, Bahrain, Iraq, Syria, Jordan, Morocco, Palestine and Yemen, with plans to air it in UAE, Kuwait and Lebanon.
Sound of Sakia Radio (www.soundofsakia.com) are currently running the radio fiction series, and B100Ragl’s social outreach team will continue to organize debates in Elsawy Culturewheel, as well as at different branches of Diwan Bookstore in Cairo in September. For more information on the different activities surrounding the radio series, follow B100Ragl’s news on Facebook at: http://www.facebook.com/b100ragl or on twitter and instagram: @b100ragl ] Written by Noora Sharrab, project manager, “Be 100Ragl” at SMPL Media