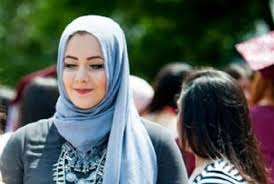 A hijab-wearing Muslim girl of Palestinian origin has been voted the best dressed student at Clifton High School in New Jersey.
Abrar Shahin’s yearbook photo shows her in a black skirt and skinny jeans, with ankle-high boots and a white blazer.
Along with this, she is seen wearing a hijab or headscarf.
“There are always cheerleaders who win and popular girls, so I was very surprised it was me, being a hijabi,” Shahin said.
“It was a dream come true,” she added.
Read: Muslim students struggle for ‘prayer room’ in Belfast university
Shahin who works at a clothing store in Paramus has been shattering long-held views about Muslims but still remains true to her religious traditions.
The “best dressed” vote also shows how tolerance and acceptance has increased at the school which boasts a diverse population of students including 52 percent Hispanic, 35 percent white, 8 percent Asian and 5 percent black, according to state records.
Lindsey Cinque, a French teacher who is yearbook and senior class adviser, said, “Shahin’s award showed that students can look beyond labels to honor someone’s accomplishment.”
Read: Danish culinary school fined $6,000 for forcing Muslim student to eat pork
Cinque announced the news to Shahin in class, adding, “In a class of 800 people, it’s definitely a huge honor that they picked her.”
Also of interest is that the best dressed male, Abraham Zeidan, also happens to be Muslim. Although Shahin was surprised at being picked for the award, Cinque said that she would always get complemented on her clothes by other students.
Shahin blends traditional style with modern clothes perfectly well, wearing long sleeves and pants with trendy teenage clothes from stores like Forever 21.
-This article originally appeared on NorthJersey