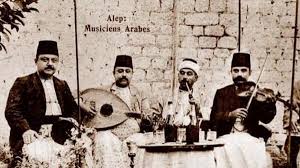 Nabila Pathan: Throughout history, a diverse array of traditions and social mores have arisen in the Arab world to compliment the spiritual rituals of the holy month of Ramadan, bringing color, culture and life to communities that celebrate the ninth month of the Islamic calendar. As these festivities engulf the Middle East, some of the diverse sounds, ambience and soulful poetry were this week transported to London as the Rich Mix Theatre hosted “Ramadan Night.”A showcase of poetry, sounds and sights, evoking nostalgic moments of the past and present, “Ramadan Night” was curated by the Arts Canteen, responsible for introducing emerging and successful artists in both the visual arts and music from the Middle East to the United Kingdom.
Aser el-Saqqa, the founder and creative director of Arts Canteen, explains the background to the project:
“I have been working in the arts and cultural sector in the Arab world and Europe for 10 years and am a firm believer in the need for a more informed understanding of the cultural traditions of the Arab world in the UK. It is out of this conviction that I have curated this night with the support of the Arab British Centre. This wonderful Ramadan tradition lends itself beautifully to sharing with other communities.”
He goes onto explain that the insights for curating the event stem from his own background of being an Arab: “I grew up with Ramadan’s cultural traditions which are still alive in various countries in the Arab world. These include poetry, light displays, street performances, spoken word, theatre, food and music, which compliment and enrich the religious and social aspects of this month.”
Highly anticipated performers
Describing the line-up of performers as “creative and talented artists,” he adds that “they come from a wide spectrum of different Arab communities, generations and will perform a rich program of diverse genres.”
One of the highly anticipated billed performers of the night was singer and Oud player Najib Coutya, originally from Tripoli in Lebanon, who led an ensemble of musicians, producing songs and sounds that reached back in time through Arabic history. His collection of songs explored the range of Arab Maqamat (modes), Muwashahat (songs set to the text of classical Arabic poetry from medieval Andalusia) and Qudud (folk songs originating from Aleppo, Syria).
The stage was gently lit by candles and Arabic lanterns creating an ambience for audience members to get lost in a world of story-telling and rich musical traditions hailing from across the Middle East. The lantern is an enduring symbol of the traditional Ramadan festivities of Cairo, and dates back more than 800 years.
Traditional instruments, such as the oud, the qanun, the violin and percussion, took center stage. Nostalgic moments were created by the early 20th-century documentary footage from the Arab capitals of Beirut, Cairo, Rabat and Jerusalem, projected throughout the performances onto the background screen.
‘Hope and solace’
The event has been viewed as playing an important role in generating a sense of “hope and solace” for diasporic Arabs observing a tumultuous political landscape in regions they hail from. Writing for the online publication yourmiddleeast.com, Mohammad Sakhnini adds: “for many Damascenes who are going to the event, memories will be revived about Damascus’ old mosques, walls, souks and historic cafes and palaces, the spaces of history which once showed how the holy month of ramadan could be a platform for artistic and musical revival and also a platform for social solidarity and charity crossing religious and class boundaries.”
Speaking to Al Arabiya News, Aser el-Saqqa concludes that it was important for Ramadan Night to be showcased to London’s diverse Arab communities as he hopes it will “enable Arab communities to share a sense of nostalgia for their fond memories of how Ramadan was celebrated in previous generations. It will give them the opportunity to share this great tradition with others who know less about it, in a way which is comfortable and accessible for all.”