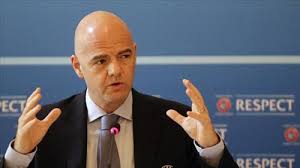 The Champions League final will be played in Wales for the first time in 2017 at Cardiff’s Millennium Stadium.
The venue, with around 74,000 seats, was awarded the hosting rights by UEFA’s executive committee at a meeting on Tuesday in Prague, after unsuccessfully bidding for matches at the pan-continent 2020 European Championship.
The decision comes with Wales on the verge of reaching the European Championship for the first time, as it tops its 2016 qualifying group.
“These are exciting times for Welsh football,” Real Madrid and Wales forward Gareth Bale said. “I know how passionate the Welsh football fans are, so it’s great the UEFA Champions League final is coming to my home city of Cardiff.
“I loved playing in the UEFA Super Cup last year, and it would be fantastic to be involved in front of a packed crowd at such an iconic stadium in 2017.”
The game will be played on June 3, 2017, with the women’s final at Cardiff City Stadium two days earlier.
Stockholm has also been awarded a UEFA showpiece match after missing out on Euro 2020 matches, with the Europa League in May 2017 going to Friends Arena.
The 2017 Super Cup between the winners of the two UEFA club competitions will be in Skopje, Macedonia, at Philip II Arena.
In 2016, the Champions League final will be at Milan’s San Siro, and the Europa League final at St. Jakob-Park in the Swiss city of Basel.