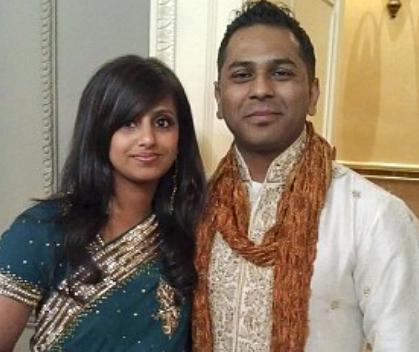 A teacher who was left fighting for her life after being attacked at her home has died. Mother-of-two Rukshana Miah, 35, was taken to hospital following the attack at her home in Longford Road West, north Reddish, on August 18.
She was taken to hospital, but has since died. A Home Office postmortem found she died as a result of compression on the neck.
Her family said in a statement: “Rukshana was a wonderful daughter, mother, sister, auntie, cousin and friend who will be greatly missed by us all.”
Abdul Kashem Miah, 36, of Florist Street, Shaw Heath, who police confirmed was Rukshana Miah’s husband, was charged with attempted murder and appeared at Stockport Magistrates’ Court on Wednesday. He is due to appear at Manchester Crown Court on September 10.
Greater Manchester Police say they will now be reviewing the charge in consultation with the Crown Prosecution Service.
Des Howlett, the headteacher of Broadoak Primary School in Ashton-under-Lyne, where Rukshana worked, said: “Rukshana was a wonderful and talented teacher, who touched the lives of everyone she met. Rukshana was the heart of the school, an outstanding teacher, who was devoted to the success of the children that she taught.”
He said she was ‘full of life’ and had had a ‘wonderful smile’ that ‘greeted every challenge’.
He added: “We were and always will be extremely proud of having Rukshana as a teacher at our school and as a friend. She was a natural teacher and a great friend and colleague.”
He said she was also a ‘fantastic mother’ and her ‘children were her life’.
He added: “Her loss is absolutely devastating. Ruk was the best of us and will always be remembered. Our thoughts are with Ruk’s children and family at this terrible time. Broadoak will be a sadder place without her, we have lost one of the best.”
Detective Chief Inspector Howard Millington, said: “Her family are clearly devastated and we would ask they be given time and space to grieve and come to terms with her tragic death.
“Rukshana was a mother to two young children, who now face having to grow up and live the rest of their lives without her, and that is simply heartbreaking.”