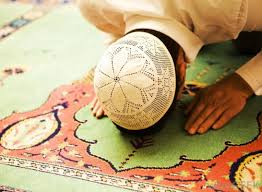 Every word of Qur’an is in fact an experience of great reality, and science is just an effort made towards this reality. Knowledge is limitless and its horizons are constantly expanding with every strike of progress disclosing fresh information and according to Qur’anic knowledge is a comprehensive text involves all branches of sciences, religion, technology, agriculture, engineering and medicine, Media sources reported, Muslim village, Jamiatul Ulama and OnIslam.
The guidelines given in the Qur’an concerned with the promotion of physical health of humans have been duly proved by years of modern medical scientific research all over the world.
Interestingly, for the millions of people enrolled in yoga classes, the Islamic form of prayer has provided Muslims for fourteen centuries with some of yoga’s same and even superior benefits. This simple form of “yoga” offers physical, mental, and spiritual benefits five times a day as Muslims assume certain positions while reciting Qur’an and athkar (remembrances).
The Muslim prayer has five positions, and they all have a corresponding relationship with our spiritual and mental well-being, according to modern scientific research. The benefits of performing specific movements and recitations each day come from the correct rendition of the position or action itself, the length of time the position is held, and from careful and correct recitation techniques.
Each of the five prayer positions has a corresponding yoga position, and the positions together “activate” all seven energy fields in the body.
The Takbir and Al Qiyyam together are also very similar to the Mountain Pose in yoga, which has been found to improve posture, balance, and self-awareness. This position also normalizes blood pressure and breathing, thus providing many benefits to asthma and heart patients.
Prayers have many benefits when they are exercised, the blessed Prophet Mohammad (PBUH) told us “Prayers are certainly health promoting.” Although the real purpose of prayers is to worship Allah, yet there is a large number of additional benefits also.
Also as we eat three times daily we need exercises to lessen the cholesterol in the body which increases in the blood after meals, thickens it and leads to the deposition of slit in the arteries.
In addition, of saving from the sins and elevating us to the heights of spirituality, prayers are great help in maintaining our physical health. They keep our body active, help digestion and save us from muscle and joint diseases through regular balanced exercise. They help the circulation of blood and mitigate the bad effect of cholesterol. Prayers play a vital role in acting as a preventive measure against heart attack, paralyses, premature senility, dementia, loss of control on sphineters, diabetes mellitus etc.
Collateral circulation plays a major role in decreasing the danger of heart attack in patients. Patients above 55 years of age in which this type of circulation is developed have less severe attacks. It is possible to speed up the development of collateral circulation by regular and balanced exercises which is present in the prayers are not only potent, preventive measure against coronary heart diseases but also help in the development of collateral circulation in those people who have already suffered from a heart attack or are prone to it.
The arrangement of prayers is such that those at the time of empty stomach are brief but those after meals are longer and give more exercise to the body.
During the month of Fast (Ramadan) the additional twenty Rakaat (Tarawih) are added to the late evening prayers because more than normal food is usually consumed after breaking fast.
The performance of prayers put almost all muscles of the body in action. Different groups of muscles are activated while performing prayers. During Sajda, blood supply to the brain is improved. One of the useful methods to strengthen the muscles of the knee joints to mitigate the strain on knees in osteo arthritis is the regular exercise of these muscles during prayers.
The Ablution, a prerequisite of prayers yet one of the most hygienic procedure as it usually keeps the exposed parts of our body clean and also the parts of entry like mouth and nose thus avoiding infection.
Prevention of Infection PREVENTION OF INFECTION:
Infection may be transmitted through dirty hands or dirty food. It is essential to wash our hands before and after meals. Our blessed Prophet told us: “It is a blessing to wash your hands before and after meals.” (Abu Daud & Tirmizi).
He has also advised us not to clean our hands with a towel before meals as they may convey infection from one person to the other particularly viral diseases like infective hepatitis or bacterial infection like Typhoid dysentries and cholera.
Regarding the Heart, this vital organ of the body has to be always healthy and efficient as it is responsible for the circulation of blood. Diseased heart results in deterioration of the healthy body. This knowledge we obtained after centuries of scientific research yet it was simply told to us fourteen hundred years ago by our great Prophet (PBUH).
Olive, which, has been repeatedly mentioned in Qur’an, statistics shows that heart attacks occur more in Northern Italy where they use butter and margarine for cooking than in Southern Italy where olive oil is generally used.
Patients suffering from narrowing of the coronary artery usually develop the heart attack after a heavy meal.
Islam is the religion of all times and places. It is a perfect system of temporal values. By practicing, Muslims all over the world not only attain spirituality but the pinnacle of all other glories and gain the wealth of health.
Noteworthy that, there was a great inter-relationship between modern medicine and some of Islamic teachings. Also Muslim researchers have shown that when Muslims recite the Qur’an, old thoughts, feelings, fears and guilt are released or healed, and blood pressure and stress levels are reduced.