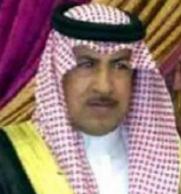 The Kingdom will appeal in November a court verdict that acquitted a suspected killer of diplomat Khalaf Al-Ali in Dhaka.
Al-Ali, who was chief of citizens’ affairs at the Saudi Embassy in the Bangladeshi capital, was murdered close to his home three years ago.
One man was convicted of murder and sentenced to death, while three others have been handed life sentences.
The Kingdom’s Embassy in Bangladesh, however, has demanded capital punishment for all five who were involved in the assassination without the possibility for appeal, sabq.org online daily reported.
The embassy is closely following up on developments on the directives of the Saudi government.