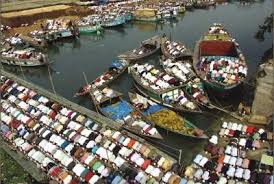 Thronging from around the world to attend the second largest gathering after hajj, Muslim devotees attending this year’s Bishwa Ijtema have slammed Paris attack on Charlie Hebdo satirical weekly as contradicting with the tenets of Islam.
“Islam does not support killings. Even during the time of the Prophet, non-believers would satirise him and Islam, but he tolerated them and forgave them,” Mohammad Faiyaz, a senior Islamic scholar at the congregation, told Agence France Presse (AFP) on Friday, January 9.
Faiyaz said the “mindless and abominable killings” of journalists and police had tarnished the religion’s image and made the work of preachers such as himself that much more difficult.
“These attackers simply don’t know what Islam is all about,” he added.
Bangladesh’s Biswa Ijtema, or World Muslim Congregation, is the world’s second largest Islamic gathering after the Hajj with devotees coming from all over the globe to pray and hear imams preach for three days.
The three-day gathering is organized annually by Tablig-e-Jamaat, a Bangladeshi non-political Islamic group.
About two million devotees are expected to join the 49th Bishwa Ijtema in 2015.
Focusing on religious issues, Bishwa Ijtema attendants usually avoid politics. Yet, they broke the rule this year to condemn Paris attack in which 12 people were killed, including two Muslims.
Mohammad Zakaria, the imam of a mosque in Dhaka, said he was “deeply saddened” at the death of the journalists, slamming the “terrorists” behind Wednesday’s massacre.
Zakaria added that the idea that the Prophet’s honor needed avenging by masked gunmen was absurd.
Amid expectations that the attack will result in a rise in anti-Muslim hostility, Mohammad Arifuzzaman, a Tablig Jamaat follower, said the organization would continue to send preachers to Europe to spread their message.
“I don’t think this particular attack will deter us from preaching in Europe. We have been sending preachers to Europe for decades,” said the 32-year-old from Dhaka.
“Our work did not suffer after other previous attacks where the carnage was bigger, such as the Twin Tower attacks” in New York on September 11, 2001, he said.
Launched by Tablig Jamaat, a non-political group that urges people to follow the tenets of Islam in their daily lives, the gathering at Tongi was first held in 1964.
At the beginning, it took place at Dhaka’s Kakrail mosque.
Then, in 1948 it took place at Haji Camp in Chittagong and in 1958, it took place in Narayanganj’s Shiddhirganj.
Witnessing increasing appeal over the years among those who cannot afford to go to Makkah for the hajj, the Biswa Ijtema moved in 1966 to be held at the bank of Turag in Tongi from such date on.
It is the second largest annual gathering of Muslims in the world, after the Hajj pilgrimage in Saudi Arabia.