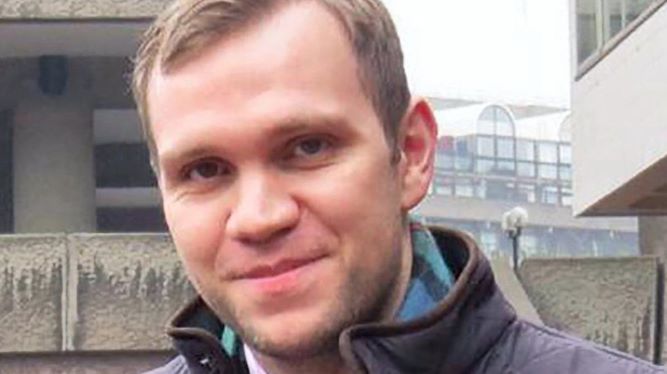 A United Arab Emirates court sentenced British student Matthew Hedges to life in jail on Wednesday after convicting him of spying, a family spokesperson said.

“We can confirm that he was sentenced to life in prison,” the spokesperson told AFP.

“The hearing lasted less than five minutes, and his lawyer was not present.”

British Foreign Secretary Jeremy Hunt said he was “deeply shocked and disappointed” by the decision of the UAE court.

“Today’s verdict is not what we expect from a friend and trusted partner of the United Kingdom and runs contrary to earlier assurances,” he said.

Hedges, a 31-year-old PhD student, was researching the UAE’s foreign and internal security policies after the Arab Spring revolutions of 2011 when he was detained at Dubai airport on May 5.

He was granted temporary release on October 29 but constantly monitored until Wednesday’s court hearing, only his third since his arrest.

UAE attorney general Hamad Al-Shamsi said earlier this month that Hedges was accused of “spying for a foreign country, jeopardizing the military, political and economic security of the state.”

Hedges has repeatedly denied the charges.