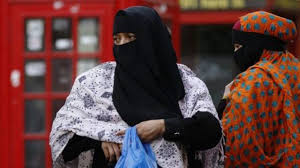 For many of the 20,000 British Muslims flocking to Saudi Arabia’s holy city of Makkah for Islam’s annual Hajj pilgrimage, the journey has not been cheap.
“The package cost has doubled in the last couple of years,” said Khalid Pervez, general secretary of the Birmingham-based Association of British Hujjaj (pilgrims).
According to Pervez, the average cost of Hajj packages – which generally include flights, visa, accommodation and transport – used to cost up to $4,700 (£3,000). Now, the average pilgrimage price from UK-based operators ranges from $7,800 to $9,400, he said.
“We strongly feel that it’s only greed, that they [Hajj tour operators] have increased their prices without any justification.”
But not all packages to undertake the pilgrimage – which is supposed to be undertaken once in the lifetime of every able-bodied Muslim – are created equal.
Lower-cost options usually have pilgrims staying in shared government-owned tents, some far from Makkah’s Grand Mosque, considered the holiest site in Islam.
Higher-end “five-star” packages, meanwhile, allow the pilgrim to stay in upscale hotels with a full Grand Mosque view, go on additional tours, and be transported in plush coaches, among other extras. Pricier packages also give the pilgrim more time in the kingdom to complete the Hajj rituals.
And demand to undertake the pilgrimage, coupled with only limited visa numbers imposed by the kingdom due to construction work around the Grand Mosque site, is ever-stronger.
Many UK-based Hajj operators surveyed by Al Arabiya News reported that they were fully booked, with some sold out months in advance. Some have already started booking places for next year’s Hajj season.
Not a holiday
Nizamuideen Ismail, managing director of Yourtravelshop, which provides upscale packages for Hajj pilgrims, denied that operators have unfairly increased prices in recent years.
“I’d say it’s in line with inflation,” he said.
“Everyone can get their Hajj done, depending on what they facilities, convenience, the standard of accommodation, etc. That largely drives the price.
All of their hajj will be done, but their overall experience is going to be determined on what they’ve chosen.”
According to the UK pilgrim’s association chief, only 10 percent of British Hajj pilgrims prefer to buy luxury packages, which some believe go against the ethos of the pilgrimage.
“The vast majority just want to go there and pray. It’s not a holiday,” said Pervez.