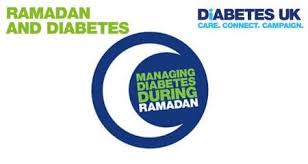 As Muslims worldwide brace for the fasting month of Ramadan, a Scottish charity has launched a new campaign to offer medical care for Muslims who suffer diabetes during the holy month.
“This year Ramadan falls in summer, meaning the length of fast could be 17 hours or more,” Saqib Abbasi of the Diabetes UK’s Scottish arm told The Herald Scotland on Monday, May 25.
“For Muslims with diabetes this could lead to a much higher risk of hypoglycemia (low blood sugar) and dehydration, as well as an increased chance of high glucose levels at suhoor (pre-dawn meal) and iftar (evening meal when the fast is ended).”
Abbasi urged UK Muslims with diabetes to seek healthcare support during Ramadan offered by the British charity.
“If you are considering fasting and have diabetes, then you should make sure to speak to both your Imam and your GP in advance before making your final decision,” he said.
The Diabetes UK’s Ramadan 2015 campaign includes distributing factsheets about the disease in various languages to mosques and Islamic centers.
Campaign members will also deliver presentations on managing diabetes during Ramadan, as a part of this year’s program.
Seeking a wider reach, the campaign urges people to share the charity’s messages on social media.
Britain is home to a sizable Muslim minority of nearly 2.7 million.
In Ramadan, fasting is meant to teach Muslims patience, self-control and spirituality, and time during the holy month is dedicated for getting closer to Allah though prayers, reading the Noble Qur’an and good deeds.
Muslims also dedicate their time during the holy month to be closer to Allah through prayers, self-restraint and good deeds.
The majority of Muslims prefer to pay Zakah for the poor and needy during the month.
The sick and those traveling are exempt from fasting especially if it poses health risks.
Muslim scholars confirm that if a Muslim diabetic need to insulin injection, then he belongs to the category of people who are exempt from fasting.
It is not at all considered an act of piety to fast while one is suffering from the type of diabetes that requires insulin injection during the day.
“Since then I have implemented small changes in my lifestyle to help me manage my condition,” Tariq Iqbal, 47, from Glasgow, who was diagnosed with Type 2 diabetes three years ago, said.
“I walk regularly and have reduced my intake of sugary and fried foods such as Indian sweets, pakoras and chocolate.”